Islamic newspaper declares Emir of Qatar, others winners of its global awards 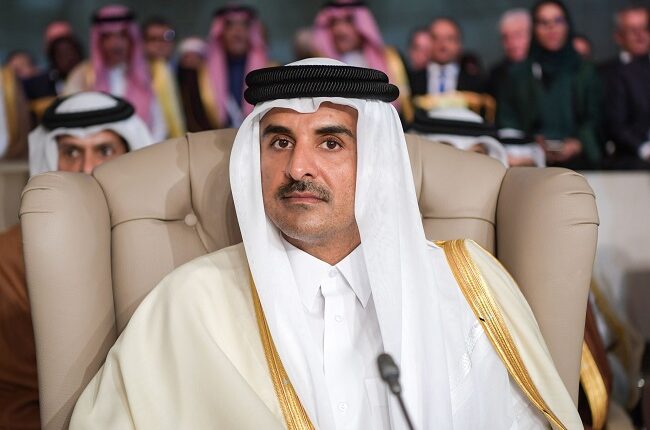 The publisher of the newspaper, Alhaji Rasheed Abubakar, who made the declaration last weekend, recalled that Turkish president, Recep Tayyip Erdogan, had won the award initiated in 2018 to celebrate Muslim achievers across professions, including governance and administration.

While congratulating Al Thani and the people of Qatar, Abubakar said the Nigerian Muslim medium chose the emir as winner of the 2021 edition for being a promoter of peace.

According to Abubakar, Sheikh Al Thani has, on numerous occasions, led his government to intervene in wars, conflicts and other issues that have the potential to claim the lives of Muslims across the globe.

He said: “Rather than pitching its tent in states of conflicts, Emir Tamim would rather create an avenue for dialogue, allowing both sides of the divide coming to the table to discuss and find a common ground for peace and order. He is a leader who is renowned for possessing uncommon listening ears as he pays attention to the plights of the oppressed and Muslim minorities.

“The Emir’s approach has not only saved the lives of innocents but has also restored relative peace in many affected regions in the Middle East in particular and the Muslim world in general.

“From West Bank to Kabul, Cairo to Baghdad, Khartoum to Naypyidaw, Tripoli to Tehran, Damascus to Sana’a, Beirut to Beijing, among other global capitals, Al-Thani has led the Qatari government to find peace for the global Muslim populace. And it is on this basis that we at Muslim News Nigeria shall be conferring the prestigious 2021 Global Muslim Personality Award on Sheikh Tamim bin Hamad Al-Thani.”

Abubakar added that under the leadership of Emir Tamim, Qatar had positioned itself as a peaceful abode.

He said with a population of about two million people, Qatar under the leadership of Emir Sheikh Tamim Bn Hamad Al Thani won the rights to host the 2022 World Cup, slated to hold between November 21 and December 18. The tournament, he noted, would see Qatar become the first Arab nation to host the biggest football competition in the world.