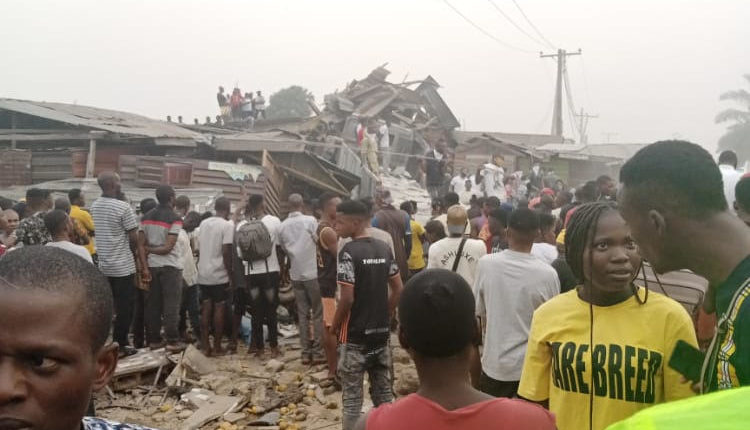 Irate youths from the university town of Akungba Akoko on Sunday prevented an Ondo State government delegation from entering the town following the accident that claimed many lives last Saturday evening.

The angry youth demanded the presence of Governor Rotimi Akeredolu turned back the delegation from entering the town at Iwaro Junction, Akungba Akoko.

They alleged that the state government has failed to provide a lasting solution to the incessant accidents within the town, saying many lives had been lost to accident in the town.

They claimed that the state government has neglected the community as no efforts were made to curb incessant accident, despite all the efforts by the community leaders.

All attempts by the Commissioner of Agriculture, Mr Gboyega Adefarati, to plead with the youth were rebuffed.

They, however, allowed the vehicle conveying the Commissioner of Police in the state, Bolaji Salami, to enter the community. His security aide abandoned their vehicles and trekked into the community.

Some of the government officials on the entourage include the Chief of Staff, Mr Olugbenga Ale; the Pro-Chancellor of Adekunle Ajasin University, Dr Tunji Abayomi among others.

Meanwhile, the authorities of the institution have directed all the students to vacate the school community with immediate effect.

This was contained in a circular issued and signed by the institution’s Acting Registrar, Opeoluwa Akinfemiwa, who said the university should be closed with immediate effect until further notice.

The circular read: “Further to our circular of Saturday 23rd January 2021 and the attendant protest by students on Sunday, 24th January 2021, the Acting Vice-Chancellor, Adekunle Ajasin University, Akungba Akoko, Prof Olugbenga Ige, on behalf of Senate, has directed that the university be closed with immediate effect until further notice.

“All students are therefore advised to vacate the campus latest by 6 pm today, Sunday 24th January 2021.”