Iraq PM to resign after 40 killed in anti-govt protest 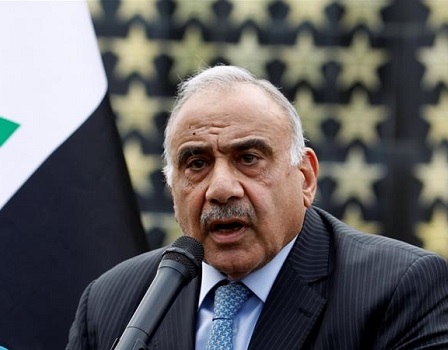 Iraq citizens since 1 October, took to the streets of the capital Baghdad and in the south to express their anger at endemic corruption, high unemployment, dire public services and foreign interference since which they have wanted to sweep away the entire political establishment.
The protesters have blocked roads, oil facilities and ports, and clashed with security forces, who have routinely fired live ammunition in response.
However, reports on Friday revealed Iraqi Prime Minister Adel Abdul Mahdi is to submit his resignation, his office says, after more than 40 people were killed on the bloodiest day since anti-government protests began.

ALSO READ: We will go after attackers of FC Ifeanyi Ubah ― Kogi govt

A statement signed by the prime minister said he would present his resignation to parliament so lawmakers could select a new government.
This came after Grand Ayatollah Ali al-Sistani, an influential man in Iran called for a new government.
“In response to this call, and in order to facilitate it as quickly as possible, I will present to parliament a demand [to accept] my resignation from the leadership of the current government,” the statement signed by Mr Abdul Mahdi said.

A/Court verdict: Useni should step aside for daughter ― Lalong

At least 40 dead, as ferry sinks in Iraq