Brands and Marketing
By Akin Adewakun- Lagos On Apr 23, 2018 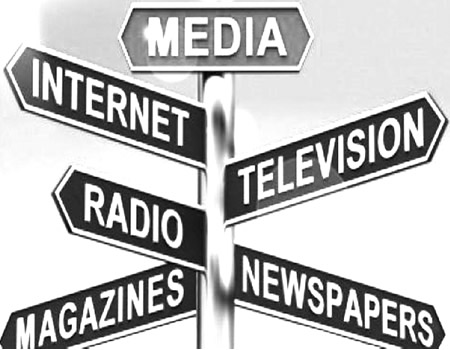 The feelings, the excitements and, probably, apprehensions were palpable among critical stakeholders, in the nation’s media industry, who had gathered last Thursday, April 20, this year. They were chieftains of notable media organisations, in the country and the mission was to review the level of preparation for the hosting of the 2018 edition of the International Press Institute (IPI) Congress by Nigeria.

Founded in October 1950 and headquatered in Vienna, Austria, the IPI is a global organisation, dedicated to the promotion and protection of press freedom and the improvement of journalism practices The Congress, when eventually hosted in June, this year, history would have, again, been made, in the nation’s media! For instance, though the congress, which is always an annual platform for the stakeholders in the media world, had been going on for some time, it has never been hosted by Nigeria.

Little wonder, the committee saddled with the responsibilities of ensuring a successful congress seems to be sparing no efforts at achieving just that 2018 congress.

This year’s congress, scheduled for Abuja, between June 21 and 23, according to the organisers, will have its thematic focus on how to affirm the indispensable role of quality media in building strong societies and projects that bring positive change to individuals and communities in Africa and the world.

While speaking at the stakeholders’ meeting, held at The Sun Newspapers Office in Lagos, last week, the Vice Chairman of the committee, who also doubles as Chairman of Daily Trust, Kabiru Yusuf, expressed satisfaction over the feedbacks the committee had received so far, concerning the level of preparation for the congress.

According to him, with the enthusiasm shown by stakeholders in places visited, by the committee, to galvanise support for the international media congress, the stage is set to use the gathering to give Nigerian journalists the necessary exposure and networking that would deepen professionalism.

He however called on heads of government, especially governors to use their office to mobilise media personnel in their various states to attend the congress.

‘’Part of the reasons we visited state governors  and other heads of government agencies was to plead with them to use their good offices to mobilise media personnel in their domains to be part of this epoch- making event.

“It is our belief that the gathering will give ample opportunities for local media practitioners to have a taste of happenings  around the world in Journalism practice,’’ he said.

He however pointed out that the objective of the International Press Institute is purely for the emancipation of the press and not to provide platform for politicians, either APC or PDP to promote their parties or governments. He pointed out that the congress is not interested in local politics but in affairs of the media and its management.

Corroborating this stand, a former Director General of the NTA, Mr Tonnie Iredia, who chairs the publicity unit of the committee, lauded various stakeholders on their efforts, at ensuring the forthcoming congress is successful.

He however appealed to media organisations to help further sensitise the world about the forthcoming congress.

‘’We appreciate what our colleagues have done, so far, in the area of publicity. But, I think we can still do more. We should not relent until everybody in Nigeria knows about this programme. It is also necessary at this stage to explore the social media by collaborating with bloggers and online news portals’’

IPI’s visit and the great boost

Interestingly, not a few believe that the greatest boost to the event was the personal visit of the Executive Director of IPI, Barbara Trionfi, to the country to shore up support for the event.

Trionfi had used the opportunity to visit the leadership of various media organisations, who also used the opportunity to galvanise support for the congress. Among other dignitaries  Trionfi visited were the President of the Senate, Bukola Saraki, veteran journalist, Chairman of Heirs Holdings, Tony  Elumelu and former governor of Lagos State, Lateef Jakande, media houses and top business executives.

For instance, while receiving the IPI boss in his office in Abuja, the Senate President, Dr Bukola Saraki, had stated emphatically that the strengthening of Nigeria’s democracy is dependent on the parliament and the press, while calling for a closer collaboration between both institutions.

“We really should be partners in progress and work together. That is not happening; there is need for us to continue to do so base on the understanding that we are on the same side. Institutions like ours must be strengthened, and when we strengthen our institutions, we don’t strengthen individuals because some of us will come and go, but we must strengthen our institutions and democracy Saraki had argued that hosting the IPI Congress would provide the delegates from the global media community, the opportunity to have a better understanding of Nigeria, enhance interaction on issues regarding the country and the continent.

“Some us believe that the growth and stability of the continent and the world generally today depend on what happens in Africa. When the world starts getting the accurate reports of what happens in Nigeria, the world will be a better place; it is long overdue but it is better late than never.

“Whenever we organise a congress, we want to have the full support not only of the media industry of the country, but also the support of the government and state institutions, because we truly believe that this is an important sign for a country to show its support for press freedom, quality media and other efforts that many within the news industry are doing to bring about accurate information to the people,” Saraki argued.

The IPI boss during her visit to the Chairman of Heirs Holdings, Tony Elumelu in Lagos, alongside some executives of the Nigeria Union of Journalists (NUJ), had  explained that she decided to embark on the journey to Nigeria to engage stakeholders and individuals who support journalists’ cause towards building a better-informed society.

She also affirmed that the IPI’s Abuja World Congress would give opportunities to journalists across the world to share their ideas, adding that it was the desire of members of the media global body to use their journalistic tools to bring forward their ideas which Elumelu and his foundation would like to support.

Responding, Elumelu, who reeled out different areas of operation of his group, expressed the desire of the group to partner IPI to deepen its humanitarian services.

Many are of the strong belief that the event would be another opportunity to showcase Nigeria and her potential to the world.

Chairman of the planning committee of the congress and ThisDay Newspaper Publisher, Prince Nduka Obaigbena, noted that hosting the congress would provide the chance to showcase the best of Nigeria.

The spokesman of the conference and Managing Director of The Sun Newspaper, Mr Eric Osagie would not agree less with Obaigbena’s assertion.

Describing the congress as a platform that would connect Nigeria and its businesses to the rest of the world, he added being part of the congress makes media practitioners in Nigeria, a part of the global body.

“Besides, for the Nigeria brand, IPI Congress will be another great opportunity to prove to the world that things are not as bad as they appear to other global media. The event will also be a good positioning platform for businesses and brands in Nigeria.’’

President Nigeria Union of Journalists, Waheed Odusile, believes Nigeria would be cynosure of all eyes as throughout the duration of the congress.

‘’For three days, Nigeria will be a global focus of the world. When Nigeria was chosen as the host, we knew what the benefits would be and we decided to make it a multi-stakeholders event. That explains why we are carrying everybody along as the event unfolds and we are not in doubt that government and businesses will leverage on it,’’

On how the event would be used to showcase the tourism potential of the country, Chairman, Nigeria Union of Journalists, Lagos Chapter, who also doubles as the Secretary in charge of Transport and Logistics for the congress, Dr. Qazim Akinreti, disclosed that part of the briefs of his committee is to map out how the congress can showcase the nation’s tourism potential.

‘’We want to use the opportunity to showcase the tourism potentials of Nigeria to the rest of the world, by taking visiting journalists to tourist sites across the country. Who else can do this if not journalists? With the congress, our visitors will see beautiful areas that could be market to the rest of the world. Besides, we want to let international journalists know that what they read and hear about Nigeria is not 100 percent correct,’’ he said.

Where are the lazy youths?

Why social ad will attract more spend in 2023 —Report

Nigerian medics not comfortable with our roles in health sector —FCCPC