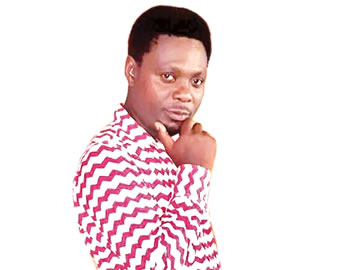 Kunle Afod, fondly called Mr Inspiration, is an actor, producer and movie director. He is also the brains behind Legacy Caucus, which has trained many actors and actresses in the Yoruba sector of the Nigerian movie industry. In this interview with TAYO GESINDE, the Oyo State born actor speaks on his carrer and why people should invest in the  movie industry. Excerpts:

Can you give us an insight into your background?

I am the first born in a family of four. I attended Demonstration Nursery and Primary School, Owo,  Ondo State. For my secondary school education, I attended Command Secondary School, Jos, Plateau State. It was from there that I moved into acting. I’ve been acting professionally since 1991.

What inspired you to go into acting?

For me, acting is not a job, it is a lifestyle. It’s something I love.

What is the secret of your success?

I’d attribute my success to God and hard work.

How do you get inspiration to write your stories?

I try as much as possible to write real stories from every day happenings. There is so much that happens on a daily basis that people need to learn from. There is a huge difference between a good story and a good movie. I try to create a synergy between both but as my nickname goes, all inspiration comes from God.

What is the most defining moment of your career so far?

Every moment is a defining moment for me. It is a continuous process just like growth. I’m still budding and will bloom as God lives.

What have been the pains and gains of being a celebrity?

The gain is that at times, people give us preferential treatment and we all enjoy that. The pain on the other hand is that people think we are not humans like them. They expect us to pay more for services and because you are popular, you are not allowed to eat or drink or even dance when you want to. It can be that bad sometimes. However, nothing compares to the warmth you feel when people appreciate your work.

How have you been coping with advances from your female admirers?

I have never been what you will call the “lover boy” actor. As a producer and a director, my female admirers love my work but as an actor, I appeal mostly to little kids and married folks. So, I really don’t have a problem with them.

You are in an industry that is highly competitive. How have you been coping?

Competition is healthy as long as one side isn’t seeking to destroy the other. I watch other people’s jobs and admire their creativity. It helps me to set the bar higher for myself. But I do my thing my way, I don’t work just to outdo others people or work because others are working. As long as you are yourself, I strongly believe no one can beat you at being you and that’s the unique flavour that makes you stand out.

What is your assessment of Nollywood?

We are just average as of today. We are not where we used to be but we are also where we should be yet. We need proper support and funding from appropriate quarters; not necessarily government. There are captains of industries and individuals who can invest in the movie industry if only they know what they can derive from it.

Which of the associations in Nollywood do you belong to and why?

I belong to The Golden Movie Ambassadors (TGMA) of Nigeria. And that is because I believe in the goals of the association which is rebranding, restructuring and rebuilding the industry, which is exactly what the industry needs right now for a total turn around.

How do you intend to step up your game so that you too can become a brand ambassador?
Being a brand ambassador entails a lot of things. The first thing is to know the kind of brands you want to attract or you want to be a part of.  Brands also have a particular fit that they require of an ambassador. I have a certain brand; the Awolu brand, a comedian who loves children. Some brands can key into that and of course, my personality as an actor is also a point brands can connect with. Honestly speaking, some brands have approached me but I turned them down because I have my mind set on some other brands and very soon, I know great things will happen. That is why I’m doing more as regards my productions these days.

Some people are of the opinion that the Igbo speaking sector of Nollywood is superior to the Yoruba sector. What is your take on this?

That’s just a bunch of tribalistic gibberish. Why would anyone say that? Who said that, to who, when, how and where? Let’s dump that idea please and move on to progressive ideas.

Some of your colleagues are now embracing politics. Do you intend to do the same?

Yes, I will join politics, either elective or appointive.  I have been called to serve but to everything there is an appointed time, just like the Bible says. We will wait for the appointed time.

What are you working on at present?

I have a lot of irons in the fire. After entertaining the audience with Ekaa and based on the level of acceptance, I am currently working on a new Television series enitled Ileke which will hit the airwaves soon. Let’s not let the cat out of the bag yet, but I promise you this, as God lives, I will not disappoint you.

What are the challenges you are facing as a producer?

It is funding. When you have fantastic ideas but you don’t have the fund to see them through, it kills your creativity. You can’t totally unleash all your potentials if funds are holding you back.

What is the most embarrassing thing a fan has ever done to you?

One day, I was at Idumota Market in Lagos State and a guy walked up to me and the first thing he said was “iku pa iya e l’eni” (your mother will die today) and he started hitting me in the face with a handkerchief.  He actually felt that he was greeting me. And then there were other instances when people will try to greet you at once and end up flat on your back. I appreciate the love anyway.

I unwind with friends. I love partying and so I go clubbing a few times with my friends.

What is your philosophy of life?

I believe success isn’t determined by the material possessions you have but by the number of people you have made successful. My investment is in people.

How would you describe yourself?

I am easy going, hard working and friendly.

They should be dedicated, prayerful and hardworking.  They should stay away from drugs, crime and anything that is against the law. With God, the sky is the starting point.

I love them all. Their encouragement keeps me going. I will never disappoint them. They should expect more from my stable that will keep them entertained.