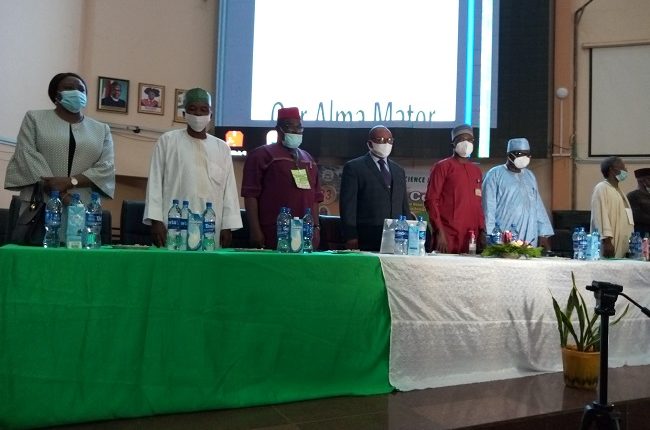 Disturbed by the level of insecurity in the country, political scientists from all Nigerian universities, under the aegis of the Nigerian Political Science Association (NPSA), have called on the FG to convene a security summit that would be charged with the primary responsibility of developing a blueprint and roadmap for dealing with insecurity and its manifestations.

This is just as the group said that lingering crop farmers and herders conflicts in the country should be stopped by the FG, suggesting that the government should organize an All-Nigerian Summit to address the issue of settlement patterns and cohabitation among various nationalities.

Speaking at the 33rd annual conference of the association held in the University of Ilorin on Wednesday, its president, Professor Aloysius-Michaels Okolie, said that the security summit should comprise of government functionaries, service chiefs, traditional rulers, former Heads of State, former Senate Presidents, former Speakers of the House of Representatives) Assemblies, professional associations, captains of industry, opinion leaders, among other critical stakeholders.

The political scientist, also suggested that the outcome must be given legal teeth and expeditious applications in all facets of society.

The group, which said that the decision of mopping up small arms and light weapons should be comprehensive in content, added that it should also be depoliticised.

“Any meaningful, successful and total demobilization must be backed by an increasing exhibition of trust on the part of the government, improved legitimacy mantra and sincerity of purpose. More importantly, the people must appreciate and be convinced that the government is acting in the general and public interest,” he said.

The NPSA also said that the federal government should as a matter of urgency demonstrate leadership by releasing the names of sponsors of insecurity and banditry as promised, adding that, “the tendency by government officials to dangle the idea of making public the names of these gladiators show that they know the actors.”

On lingering crop farmers and herders conflicts in the country, the group also said that the FG should organize an All-Nigerian Summit to address the issue of settlement patterns and cohabitation among various nationalities.

“Presently, the death toll arising from these conflicts was approximated to about 8,000 over the period of 2019 and 2020 (OCHA, June 2020). It remains a truism that the investment on food security will remain unattainable if the basis of contestations between the herdsmen and farmers is left unresolved and/or politicised, as is presently the case”, he said.

He also suggested that the ranches project must have a component of providing support Funds/compensations to farmers whose crops were and are being destroyed as well as to the victims of cattle rustling.

“The project will only succeed when the government is seen to be neutral from the contestations and when taints of imposition are suppressed in favour of collegiality, good conscience and collective sense of purpose rooted in improving the legitimacy matrix,” he said.

In spite of the huge investment in the water sector by the government and international organisations, water scarcity has grown to become a perennial nightmare for residents of Abeokuta, the Ogun State capital. This report x-rays the lives and experiences of residents in getting clean, potable and affordable water amidst the surge of COVID-19 cases in the state…Nigeria’s political scientists  Nigeria’s political scientists