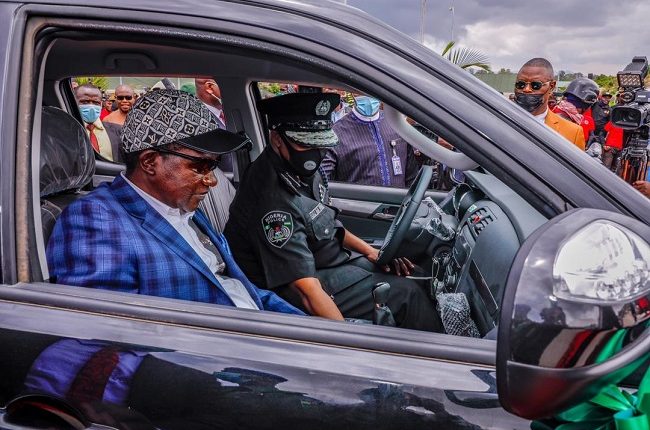 The Plateau State Governor, Simon Lalong, handed over 50 patrol vans, 200 motorcycles to the Inspector General of Police, Usman Alkali Baba, to advanced the concept and virtues of partnership policing, in which strategic security stakeholders sacrifice towards strengthening the security architecture of the community.

In his remark during the presentation, the Inspector General of Police said a major component of partnership should not just be in the area of building trust and providing the Police with information regarding criminal activities, it should extend to political actors, corporate bodies and even individuals supporting the Police with other logistics and tools that could be deployed to combat crime.

“The Police by implication are strategic to the protection of the invaluable life of its citizens, just as they are a critical factor in the advancement of the legitimacy of the State. This is why the State governor, has found it pertinent to enhance the institutional capacity of the Police in Plateau State, towards attaining its sacred mandate within the internal security of the state. 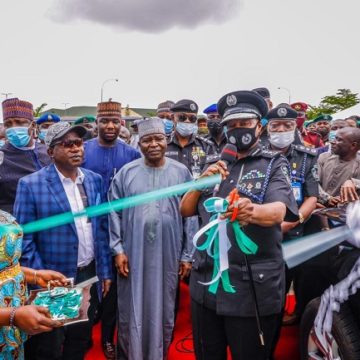 He said the state governor has given effect to the sacred provision of the Constitution of the federation which provides that ‘the security and welfare of the people shall be the primary purpose of government by dedicating scarce State resources towards supporting the Federal Government in securing lives and property.

In his address Governor Lalong said despite relative peace in the state, the government has also realised that while attempts were being made to consolidate on the peace, the crises merchants were not sleeping as their source of business has been obstructed due to the actions the government has put in place to restore stability.

“These criminals have in recent times resorted to isolated attacks in various communities which are carried out in a hit-and-run fashion. In the last two years, such cases were recorded in Kulben, Mangu LGA; Kwatas in Bokkos LGA; Foron in Barkin Ladi LGA; Kwall in Bassa LGA; and recently in Dong in Jos North and Kwi in Riyom LGA among others. While some of the perpetrators have been arrested, others are still at large,” he said.

He commended the security agencies for doing their best to tackle the cases of such attacks and other criminal activities but expressed deep concern over the inability to prevent such killings or arrest the perpetrators in some cases.

“I have since told the police and other security agencies that I do not want to hear unknown gunmen again in Plateau State!

People who come into communities and kill innocent people in their sleep or when they are going about their legitimate businesses cannot be said to be spirits, and must not be allowed to go free,” he said.

Kumuyi set for six-day crusade in FCT, others