Importation of maize into Nigeria capable of destabilising the Naira —Adenola 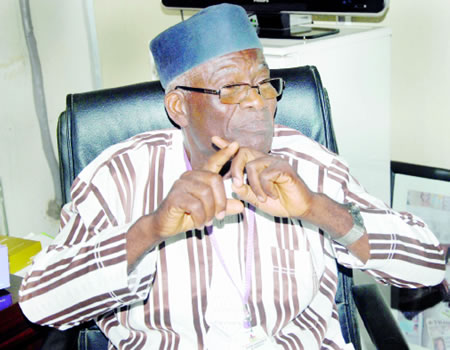 National President, Maize Association of Nigeria, Pastor O. A. Adenola and the Natural Treasurer of the association, Dr Abiola Job, were at the Tribune House, last week. In this interview with ‘LAOLU AFOLABI, the national president spoke on the challenges facing maize farmers, especially the rumoured importation of maize into the country. Excerpts:

How have you, as an organisation, been able to align with the plan by the Federal Government to diversify economy from oil, through agriculture and mineral resources?

When this project of the government came, we know it will benefit our members, particularly because that is our hope that at one point in time, the economy of Nigeria will depend on asset that is not going to waste and agriculture is one of the asset. For us, we have been on this issue of self-sufficiency for a long time and we are happy when the government decided to embark on this.

Maize is one of the backbones of agriculture in Nigeria and, therefore, we are ready to support and prepare the minds of our members and guide them to support this administration. We are happy the government is now there to give us what we wanted.

Are you saying the government can generate the money you need for farming?

No individual can generate the money we need, even the government cannot generate the money we need, but there is a system of support, the banks and the government of today has set up some organisation like the NIRSAL [Nigeria Incentive-Based Risk Sharing System for Agricultural Lending] with the Central Bank of Nigeria (CBN) are providing and supporting farmers at a very good interest rate of nine per cent, which is good for us and our farmers have been motivated to go and take part in the exercise.

Early in the year, we had series of meetings at the Central Bank of Nigeria and they said they are going to provide support for us. The farmers have produced and they are harvesting now. The yield is very good and the government has provided fertiliser at a very good rate this year, compared to what used to happen before. People have invested their time, money, resources to make sure they support this government’s initiative.

What is your expectation as an association as the harvesting process continues?

Our expectation is that as we harvest, we should be able to have good sales, make money and prepare for next year, pay up bills and be able to provide for our different families. So far, it’s been good but the aspect of the whole exercise that may not favour us is if government allows importation of goods into the country.

We keep hearing the news of rumoured importation of maize into the country. Not too long ago, I think in October, we heard the story of seven ship-load coming to this country. When we are talking of ship-loads, I don’t know the capacity of a ship but I know it is not something that is small.

I don’t know whether you want me to go and tell them to keep labouring in vain if they produce this year and they cannot sell. What we are hearing recently that 3,000 trailers, about 90,000 tonnes of maize is coming again after the initial story of the seven ship-load. Nobody can bring that quantity of maize to Nigeria without government’s approval. So whoever is responsible, the president must deal with them. The only thing that can speak to farmers to continue to support government’s programmes is if the Federal Government comes out openly to condemn this importation and if it is already in Lagos, the ship should be sent back. That is the minimum we expect.

But the minister has denied such news

Well, one thing we know is that in every rumour, there is an element of fact. If and when such import is allowed into the country, it would depress the market. Nigerian farmers are not asking for expensive product to go to the consumer, we know that if we produce well and we have very good yield, the prices will automatically fall but when it is imported product that depresses the market price, then it is a problem. The market will be destabilised, the farmers will be victims and, ultimately, Nigeria will become a victim too, because every product imported into the country would destabilise the naira. So any policy that allows the importation of maize is not good for the country.

As an organisation, have you contacted the agric or finance minister on this matter?

On two occasions we have tried to see the minister but we have not succeeded, maybe he is still busy so we decided to move forward, because what is important is for us to produce and we are ready to produce.

What about the National Assembly?

Who will listen to us? That is why we are crying to the press. Through the press, we can reach the leaders. If genuinely Nigeria has to change and we want progress, we must not allow importation of goods we can produce in the country.

There was a report of worms and pest destroying maize in the country sometimes ago, how have the farmers coped?

Seriously, there was no state that was spared when the outbreak started in the South. It moved to the North and destroyed reasonable portion of the farm, particularly last year. Some farms escaped it but the larger proportion of farmers that had grown maize suffered losses last year and part of this year too. That is a setback in a way. We, however, believe that if government keeps supporting us, we will overcome it. Truth is, some crops have been destroyed but we will still be able to make reasonable returns if the market is stable.

Songs of victory, a glorious song to end a tough year ―Adeboye

How GIZ–GIAE GAP training is revamping maize farming in Kaduna