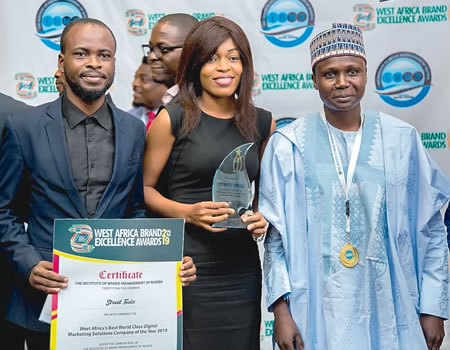 For practitioners in the nation’s integrated marketing communications, the last four years were not without their memories. They believe decisions and policies, actions and inactions of the nation’s leaders at the three tiers of government, during  the said period, went a long  way in ‘making’ and ‘unmaking’ the multi-billion naira industry.

The consensus, in the industry, is that, governments, both at the state and centre, have not really helped the cause of advertising and the industry, in general, since coming on board on May 29, 2015.

For instance, of great concern to many practitioners, who spoke with Brands & Marketing, on the issue, remains the non-inauguration of the board of the apex regulatory body in the industry, the Advertising Practitioners Council of Nigeria (APCON), till date.

Since President Muhammadu’s administration came on board, on May 29, 2015 and the appointment of Alhaji Lai Mohammed as the nation’s Information Minister, some months later, the industry still waits for the inauguration of a new council, after the dissolution of the Udeme Ufot-led Council, the minister met on ground, then.

Interestingly, the industry had, in the last few years, resisted some attempts by the federal government, to use the agency to sort out some political jobbers,  who are non-professionals, by attempting to make them heads of council of the highly professional  agency. And since such moves were resisted, for contravening the law setting up the agency, the agency has been without a council, till date.

Not a few, therefore, believe that the non-inauguration of the council of the agency has not been without its side effects for the practice, in the past few years.

For instance, implementing the agency’s policies and dishing out sanctions to erring practitioners, where necessary, has been almost impossible in the past few years.

The agency’s Acting Registrar, Mrs Ijedi Iyoha, had, in an exclusive interview with Brands & Marketing, recently, explained the agency’s frustration in terms of bringing erring practitioners to book, for the simple reason that the council that should have ratified such decisions, is not in existence.

While setting an agenda for President Muhammadu Buhari-led administration, Mr Lanre Adisa, a practitioner and Group Chief Executive Officer of Noah’s Ark, believes inaugurating a council for the agency should be the utmost priority of the government, as it settles down for  a second term.

“The starting point is that they show us some respect by ensuring we have a proper APCON council. That’s the first and most important thing. Through that council, we can channel whatever grievances we like to be addressed, and we can also run at full steam, as an industry,” he argued.

Also supporting the above position, publisher of the popular marketing communications journal, Marketing Edge, Mr John Ajayi, warns that beside inaugurating the council, the Federal Government must ensure that such council is professionally constituted.

Ajayi argued that the agency had failed to get a council, in the past few years, because the whole issue had been politicised.

“Besides being looked into, the federal government must ensure the issue of  APCON council is not politicised; since APCON is supposed to be a professional agency,  regulating professional businesses and  contributing billions of naira into the nation’s GDP.

“I would advise President Buhari to also allow the Information Minister to really have a say, on the issue. We don’t need an interference of political jobbers around the president, on the issue,” Ajayi argued.

Besides the issue of having a properly -constituted council for APCON, the need for governments to have ‘anything that has to do with communication’, handled by professionals, is also key on the agenda practitioners are setting, this time around.

For Adisa, it is disheartening to discover that a lot of communications materials, especially from governments, are not being handled by professionals, in the industry.

“I think government should also ensure that anything that has to do with communication is handled by professionals that are members of the Association of Advertising Agencies of Nigeria (AAAN) and other sectoral bodies.

“Government should ensure quacks are not allowed to run such communications, especially government communication, in particular. They should be taken to agencies who meet set standards for quality,” the Noah’s Ark’s boss stated.

Practitioners also believe governments, at the three tiers, need to create an enabling environment for businesses and enterprises to thrive.

For instance, Adisa believes the marketing industry would only thrive when its clients, especially those in the real sector of the economy, are in business.

“Government should ensure enterprises are allowed to run smoothly. When that happens, our clients will run good businesses, while we, in this industry will be able to run good campaigns,” he added.

Ajayi, on his own part, called on the federal government to ‘liquidify’ the economy so as to boost the purchasing power of the average Nigerian.

“It is when there is purchasing power that manufacturers can sell their products and there will be money in the pockets of everybody,” he added.

Another concern stakeholders would want addressed, is the issue of multiple taxation, especially at the state level.

“I expect that the issue of multiple taxation would he looked into, in the next four years, especially in Lagos State. The way the state has been running its tax activities, to say the least, is unfriendly and oppressive. I see multiple taxation as an oppression to the manufacturers and everybody that operates in Lagos,” Ajayi stated.

He believes government should focus more on how to take care of the people, by coming up with policies that will enable enterpreneurs engage more people.

“They should not believe  the only way to generate revenue is to tax residents to death, because  at the end of the day, you find out that all these levies are not always based on any parameter. They should, therefore, try to relax most of these draconian policies, regarding revenue generation,” he added.

The OAAN’s Publicity Secretary would also want some of the government agencies that regulate advertising, both at the state and centre, to play by the rule.

“What I would like to see in my own industry, the out-of-home industry, is that these agencies should follow the rules. If they do that, things would be okay.

“For instance, the Lagos State Signage and Advertisement Agency (LASAA) does not always follow the laws setting it up. Every action LASAA takes, is supposed to be approved by the board. But all these fee increments and others were not approved by any board. That is why I’m presently in court, because I believe such should be null and void,” Ogala argued.

Curiously, issues raised above represent some of the concerns of the industry that stakeholders would like given the utmost attention it deserves.