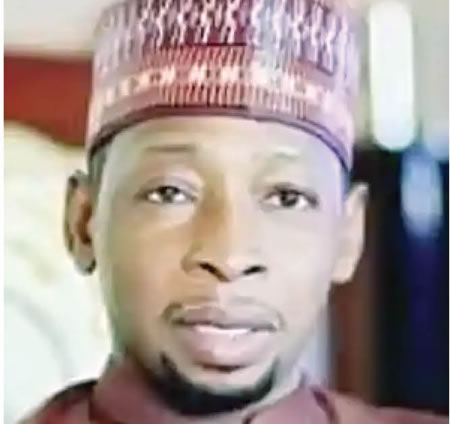 Abdulsalam Abdulkareem Zaura, better known as A.A. Zaura, is a businessman and an All Progressives Congress (APC) governorship aspirant in Kano State. He speaks with some journalists in Kano on the politics of 2023. KOLA OYELERE was there. Excerpts:

Why are you aspiring to be governor of Kano State?

Almighty Allah has control over everything and He gives power to whomever He wishes. He can also take power away from anybody. I have contested for the office of the governor of Kano State in the past. I am a business-oriented politician and the perspectives of business-oriented politicians are different from the perspectives of those who are purely politicians. We have so much to offer when it comes to politics. At the moment, I am working for the development of the APC; I am working to move the party forward.

What do you have in store for Kano people?

As I said, power belongs to God. We have a lot in store for the people of Kano. When you talk of governance, there are economic governance, political governance, corporate governance, and so forth. I look at Kano and see so much potential as a hub of commerce. Kano is one of the biggest states in Nigeria but it is lagging behind. I want to bring development to Kano. I want to put Kano in front of every other state in Nigeria in terms of economic and political activities. We should play globalised politics, politics that will usher in development in different aspects of life, in terms of economic activities, in terms of productivity, youths, women, girl-child education, and so on.

Do you think people who have no ‘second address’ should be elected into public offices?

If our system is not adopting that kind of policy, we have seen some countries that have adopted it. If you don’t have a business you are doing, they will not give you the opportunity to stand in an election. This is what most countries are practising. The idea is to make sure that those who contest for elective offices will not go there to embezzle public funds but to serve the people.

What do you think are your chances of succeeding in your quest of governing the state?

My chances are in the hands of God.

An incumbent governor is almost always instrumental in the emergence of his successor. What is your view on this?

In the Kano APC, the leader is the governor of the state, Abdullahi Umar Ganduje and I am 100 per cent with him. His decisions are my decisions and whatever he decides, I am pleased with it. All I am here for is to help the governor succeed, help the party flourish and dominate the political space of the state. This is my mission and this is what I have been doing.

How desperate are you to become governor of Kano State?

What informed your decision to join the APC despite alleged attempts to lure you into the Peoples Democratic Party (PDP) by some powerful politicians?

Abdullahi Umar Ganduje is working hard to move Kano State forward. I am impressed with his performance, with the way he is developing my state. I am overwhelmed by his style of leadership and the way he is handling the affairs of the state. That is why I joined the APC.

Where would you want the presidency to shift to in 2023; North or South?

As I have said, power belongs to Allah. If God does not give you power, there is no lawyer that can challenge His decision. Of course, I would be happy if power remains in the North. And don’t say I am selfish. I believe in the rotation of power between north and south. All I want is one Nigeria. I am not a sectional person but everyone loves their home.

Is it true that your party’s national leader, Senator Bola Tinubu, is the one who asked you to contest for Kano governorship?

People have kept digging to know my relationship with Senator Bola Tinubu. I have a personal relationship with Senator Tinubu and that is not about to change. He is father to so many, not only A.A. Zaura, because he is somebody who builds people. In 2019, he asked me to come back to the APC but I said no but I would if the time came. But wherever he is and wherever I am, we will remain together. His interest is my interest. He is the national leader of my party and he has my absolute respect, and anywhere I am going, he can tell me what to do.

How would you feel if Tinubu didn’t get the presidential ticket of the APC?

I believe that Allah has unchallengeable power and nobody can query His decision, but I would not be happy if that happened. If the presidency is going to the south, then it has to be Bola Tinubu, and for him, I will work and you will see the lion in me. I will fight for him with all my strength.

At 70, I have not seen the Nigeria of my dreams —Bishop Okah