I don’t have what it takes to go into another relationship! 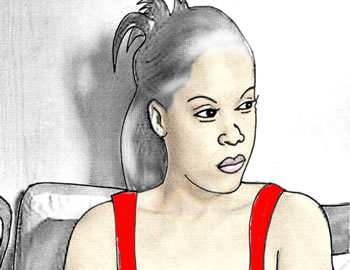 I want you and your teeming readers to bail me out. I discussed this issue with my only trusted friend, and she felt I am been stupid by allowing a lifetime opportunity to slip away from me.

Really, what she said is true but knowing where I am coming from I have to be careful because I can’t take it the third time.

Maybe if I bare my mind to you on this issue, I am sure you and your readers will understand my plight.

I was the only child of my parents. My father’s family tried everything possible to persuade him to marry another wife while alive but he refused. I must be honest to admit that I had a really enviable childhood. I was not pampered, as we were not rich but my parents were comfortable, and they made sure I had everything I needed.

My father died when I was in the university, but he left a very comfortable legacy for my mum and I, and even till date I am still enjoying this legacy.

As expected, I got married after my first and second degrees to my first love and the man who still rules my world, Gbenga, because he is the father of my two beautiful children.

I had no problem with him but his mother was the clog in the wheel of our marriage. If she had exhibited hostility at the outset of our relationship, maybe we wouldn’t have got married, but she manifested her real traits after we got married. I spent the most miserable 12 years of my married life with Gbenga. I would have left earlier than when I eventually did, but for my mother’s persistent encouragement which kept me on. She had a beautiful marriage life and so never supported single parenthood.

Eventually, I had to leave Gbenga but I don’t want to bore you with what I went through with him.

Three years after I had left Gbenga, I met Charles a Ghanaian, who came from the United States to work in Nigeria and we started a relationship. He told me he was a divorcee, and that his marriage got broken after nine years without children.

Inasmuch as I believe that I am not the type who can be easily fooled, Charles took me for a ride. I was, however, fortunate not to have been too committed to the relationship with him, before I discovered that he was a fraud.

I, however, learnt about his deceit at the time I lost my mother. It was so devastating. I pulled through by the grace of God, and thereafter I made up my mind that I will never have anything to do with men again.

God helped me as I was able to stand on my feet again. He helped me to train my children and to His glory alone, they turned out well. My first son is a medical doctor, currently practising in Scotland while the second is here in the country as a chartered accountant.

I have been alone and successful in my business. Though lonely, my consolation has always been that if being lonely is the price I have to pay for my peace of mind, then I would.

I attended a conference in France two years ago and during the period I met someone. Though he was much older than me, he was nice, cool and very loving. I must confess that I appreciated his attention and care, but I am very skeptical about having a permanent relationship with him.

He is a widower of over 11 years with three grown up married children. He is very influential and very rich, but I just cannot put it together. I marked my 50th birthday three weeks ago, and he proposed marriage to me in the presence of everyone. He is quite friendly with my children and treats them just like his own, but I really don’t know what to do with him.

My friend and second child are on my neck to go ahead, but my first child advised that I should take my time and do whatever I feel is right for me.

Kindly advise me, I need your counsel. Thanks.