I almost made first class at university, Kizz Daniel reveals 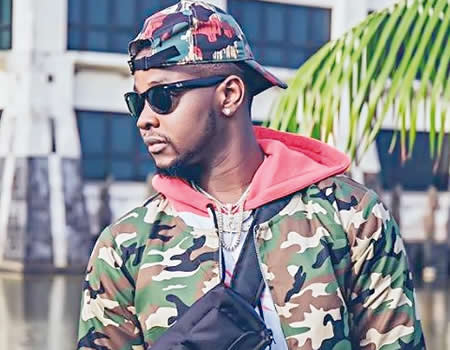 Nigeria pop star, Kizz Daniel, may have been ticking all the boxes as far as his music career is concerned.

That Daniel has had a glorious music career since he broke into the music space is without any doubt as he prides himself as the only artiste in Nigeria with ‘no bad songs.’

From dropping hit songs back-to-back and going on tours that have fetched him money and fame across the globe, the singer who announced his arrival on the music scene with his hit single, Woju, is rated by many as one of the most patronised Nigerian music stars.

At a time many had feared that his split from and consequent running legal battle with his former handlers and label, G-World Wide, would draw his career back as some of his colleagues had suffered similar fate in recent time, the Abeokuta, Ogun State born singer floated his record label, Fly Boy Inc and put his best foot forward, silencing his critics and taking his career to the next level.

But while it may seem that the award-winning singer, who released four major chart-topping hit songs this year, which include Eko, Fvck You, Pah Poh and latest track, Pak n Go, has had it all rosy, he is not happy he could not make a First Class from Federal University of Agriculture Abeokuta (FUNAAB) where he studied Water Engineering.

The singer, who is planning to have a final stop to his ongoing tour of Europe and America with Kizz Daniel Live in Concert, was teased by a fan on Twitter days back when he was asked if he truly had a First Class as being said in some circle.

New media and the future of journalism