How I planned to take over the music industry —Sassy P 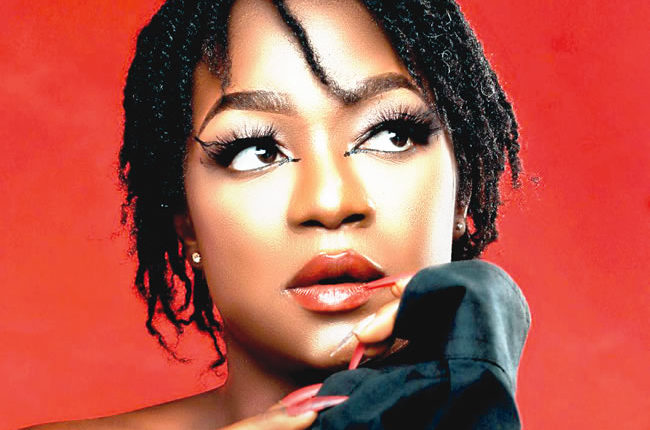 Taking over and dominating are two words that could describe Sassy P’s plan for the Nigerian music industry.

The Lagos-bred singer in a chat with R disclosed that she’s ready to make her mark on the sands of time and through her new single, ‘Bolanle’ which drops very soon, adding that she also wants the young generation to learn from her.

“My plan is to dominate the music industry; I want my music to inspire, teach, preach and uplift people. I want to communicate the desires and dreams of young minds like myself to the world,” she said.

Angel added that she wants to use the music industry as a channel of motivation for the youth of this generation to push them into achieving their dreams and she can only do that by releasing songs and albums as well as organising concerts as often as possible.

“I want to use the music industry as a medium to motivate and help youths live their dreams in every field they find themselves in the present decade, I want to release songs frequently and drop albums as often as possible to feed the appetite of my fans, also I would like to organize concerts here in Nigeria, Africa and the whole world at large”, she added.

She described music as the voice that gives her the power to overcome anything and which has made her take up the challenge of taking the Nigerian music industry to a new level with her unique style and sounds.

While speaking further, the female singer revealed that she is not threatened by any form of competition or criticism because what gives her the edge over her female counterparts is her uniqueness in delivering sounds.

“I’m ready to take the industry on a very eventful ride with my unique style and sounds, I believe that we all are different in the way we do things, much own winning strategy is to master my craft, I’m going all in with no limitations whatsoever because I want to make my mark and be known as one of the best female artistes the world has ever known,” she noted.

Otis Breed talks on his forthcoming EP, plans for 2022