House of Reps member harps on empowerment of constituents 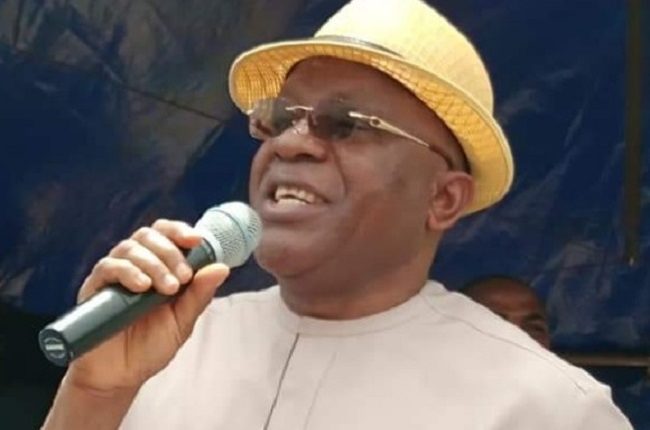 A member of the House of Representatives, representing the Etsako Federal Constituency of Edo State, Hon Johnson Oghuma, on Monday said that the empowerment of the people remained the only panacea against poverty in the country.

Oghuma, who harped on the need to ensure that the circle of poverty among Nigerians is broken permanently, stressed that capacity building among the constituents and the provision of self-sufficient economic empowerment programmes would eliminate the tensed atmosphere in the country.

The two-time National Assembly lawmaker made the disclosures in Auchi, Etsako West Local Government Area of Edo state, while flagging off an empowerment program he embarked upon in the locality, which will see hundreds of his constituents being empowered with starter packs and other equipment such as 20 mini tractors, distribution of 400 mechanical/welding tools, School learning materials and the training of 150 women in poultry farming, among others.

Oghuma, who is the Chairman, House Committee on Environment, said his effort aimed at consolidating on his previous skill acquisition programmes, adding that the current training was designed to provide and equip the participant with the needed skill in the areas of cassava and rice farming.

“As a member of the National Assembly and a Christian, my interest is to always put smiles on the faces of my people irrespective of political divide because poverty knows no party. In fact, I received more phone calls from other party members who called to express appreciation,” he said.

According to him, “the basic idea of doing this often is that this is the only sure way to give back to my people who voted massively for me. Providing empowerment packages and training will go a long way in addressing poverty among our people because in due time the beneficiaries will be self-sufficient to take care of their basic needs.”

One of the beneficiaries, Musa Ahmed, thanked the lawmaker for the items and promised that it would be put to better use and urged other lawmakers in the state to emulate the virtues of Oghuma whom he described as ‘‘Mr. Performer”.

Also, in a reaction on behalf of other beneficiaries, Mr Atairu Umoru, praised the lawmaker for the programme and said the gesture was a rare opportunity to explore their opportunity in agriculture.

“Oghuma’s gesture to our people was a clear indication of the fact he was elected to serve the very people who voted. We are happy with what he has done so far,” Umoru added.