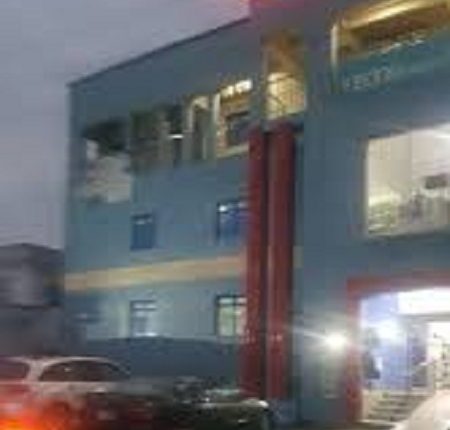 In spite of the ongoing 48-hour curfew, hoodlums, on Friday, invaded a popular mall in Sapele, Sapele Local Government Area of Delta State, vandalising and carting away valuable goods.

Recall that Governor Ifeanyi Okowa had, on Thursday morning, imposed a 48-hour curfew across the state to halt further destruction of life and property by hoodlums disguising as #ENDSARS protesters.

The hoodlums, in their number, unleashed terror on Sapele, looted and vandalized the popular mall, Memories Superstores located along Ajogodo road and carted award goods worth millions of naira.

More damage would have been done according to witnesses, but for the eventual arrival of operatives of the Nigerian Army, 19 Battalion, Koko, following a distress call.

Having grabbed some valuables, the hoodlums, who were said to have mounted some of their men somè metres away from the mall to watch out for intruders, fled into the woods on sighting the soldiers.

A witness, Akporotu Onome, told newsmen that the hoodlums stormed the mall and forced their way in and thereafter began to loot goods inside the store.

“People were carting away goods and others were destroying things until soldiers came in,” he disclosed.

Another witness, Chika Michael, said some of the hoodlums were keeping watch outside while others were doing the looting before the arrival of the soldiers.

The hoodlums, hiding under the guise of #ENDSARS protesters, were said to have continued their protest on Thursday night in spite of the curfew by mounting bonfires across Sapele town.

There were also reported gunfire around the ever-busy Olympia area along Oleh and Okpe roads, where the hoodlums also gathered.

Chairman of Sapele Local Government Area, Hon Eugene Inoaghan, who spoke to journalists, after the incident, appealed to youths in the area to exercise caution while the government is working on their demands.

“We know how pained the youths are and I can assure you all that the government is doing everything to meet your demands, just give the government some time,” he pleaded.

The Senior Special Assistant to Governor Okowa on Security matters, Mr Omasan Mabiaku, who also addressed newsmen at the scene of the vandalism, said, “It was disheartening that genuine protest by youths has now been hijacked by hoodlums.

“This is not a protest; genuine protesters don’t break into people’s property and loot: what they did is stealing and we condemn this in total.

“We are appealing to youths, parents and guardian to talk to their people,” Omasan, who had earlier dispersed some groups of protesters at the Amukpe end of the town, noted.

The Inspector-General of Police (IGP), Mohammed Adamu, has convened a meeting with stakeholders and has agreed to meet all demands raised by the #EndSARS protesters, which include halting use of force against protesters and unconditional release of arrested citizens…Hoodlums vandalize

US delegation in Nigeria, meets Osinbajo over Lekki shooting, other crises