Hate Speech: This is not what Awo, Zik, Balewa, others bargained for ―Runsewe 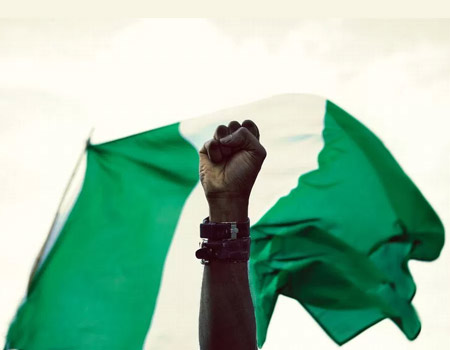 THE Director General of the National Council for Arts and Culture, NCAC, Otunba Olusegun Runsewe, on Wednesday urged the promoters of hate speech in the country to put an end to their naive and reckless actions in the interest of peace and unity of the nation as sealed in 1960 at independence by her founding fathers

Runsewe who stated this yesterday while speaking at the Nasarawa State’s Special Day at the ongoing 10th Edition of the National Arts and Crafts. AFAC, Expo in Abuja declared that Nigeria had come to stay and would not break as being agitated by hate speech promoters

According to him, “I normally laugh when I hear some people agitating that  Nigeria should ‎break, enough is enough, this is not what our founding fathers, the like of the sage, Chief Obafemi Awolowo, the late Zik of Africa, the late Tafawa Balewa (late Sardauna of Sokoto) and others bargained for at the Independence

“In 1960 at the famous TaFawa Balewa Square in Lagos, these great leaders unanimously endorsed the Independence of Nigeria as a Nation before the Queen of England‎ and not the breakup of the country

“So, whenever these hate speech promoters are agitating for the break or secession of one region or the other, I do laugh and my position on it is that if actually they want this done, they should first go and wake up these our founding fathers from their graves for clarifications

“If they cannot do this, they should retrace their steps and join others with other patriots for the building of Nigeria as a nation rather than embarking on wasteful ventures that will not see the light of the day as the Nigeria populace will not follow them to any where

“We in the Council are doing exactly this, we will go places to use culture and crafts from the various states of the federation and the federal Capital Territory, Abuja, to promote unity in the country and the example is the Cultural display from Kebbi State this gathering just watched ‎now”

Runsewe while commending the Nasarawa State Governor, Umaru Tanko Al-makura for the serious attention being paid the development of Arts and crafts in his state urged other state governors to emulate him as the sector if properly harnessed would provide employment opportunities for several youths now jobless on the streets.

Speaking at the occasion, the State Governor, Tanko Al-Makura who was represented by his Deputy, Hon Sailas Ali Agara and his wife, Dr (Mrs) Mero Tanko Al- Makura commended the DG of the NACC, Otunba Runsewe for his commitment towards the development of Cultural and crafts sector in the country.

Ortom urges lawyers to be agents of positive