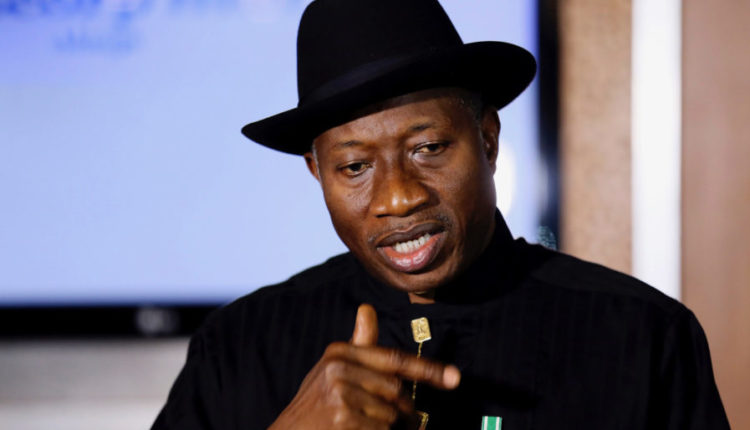 Hate speech, fake news and propaganda have been identified as the greatest threat to Nigeria’s democracy, and anybody who engages in any of these should be regarded as a threat, just like a gun.

This was made known on Tuesday in Abuja at the Goodluck Jonathan Foundation 2022 peace conference, with the theme: “Nation Building: The Role of Peaceful Elections in a Multi-Ethnic Context”.

Dr Goodluck Jonathan, Chairman, West African Elders Forum and ECOWAS Council of the Wise during his vote of thanks said “I have always said that first, we must have a country or State before we start talking about having the President or Governor. Anybody body who is interested in leadership and their supporters should know that we need peace before whoever they are supporting can emerge.

“We must discourage this issue of hate speech and propaganda that is going on. Before now we were afraid of guns as a threat to democracy.

“Today, the greatest threat to our democracy is hate speech, fake news and propaganda. Anybody who is an advocate in this is a threat to democracy like the gun”.

He pointed out that anybody who needs money should not venture into politics, rather, the person should go into business as politics is for those interested in rendering services.

“It is now time for us to work together as Nigerians to consolidate democracy. We call on all politicians, political parties, security agencies, election bodies, and all stakeholders to ensure that Nigeria is placed first above sectional and self-claims. The 2023 general election is more than an election, it is an opportunity to serve Nigeria, defend Nigeria and uphold its unity and progress. This is a duty for all Nigerians,” he said.

In his goodwill message, Mr Boss Mustapha, Secretary to the Government of the Federation said he aligned with the views of General Abubakar on the need to work for a peaceful 2023 general elections and advocated the reengineering of the political parties in order for them to function effectively.

“We need to do reengineering of the entire electoral process not only for the purposes of transparency, fairness and credibility but an election that would produce acceptable outcome by Nigerians”.

Bishop Matthew Hassan Kuka, one of the speakers at the event called for unity and inclusiveness in the political process to ensure a credible 2023 elections

He noted that the notion is that the country should have a peaceful election, but the challenge is the outcome.

Bishop Kukah decried the level of injustice in the country, saying “despite my education, injustice in Nigeria has been concretised, repeated over and over, and has become embedded in our political culture. The possibility of myself or any other minority becoming the president of Nigeria is almost non-existence.

“It is embedded in our political culture that when you are talking about a political candidate in Northern Nigeria, it doesn’t include the Christians. The reality is that some people don’t like the country we’re living in because it has refused to design the architecture of fairness, equity and inclusion. As it is in Nigeria today, the whole question of citizenship hangs in the balance.

“It is important that we have a system of political participation that is inclusive. Today we’re being held hostage by cultures that are inimical to democracy and being present as legal. The lack of discipline by political actors is what exposes our elections to violence”.

Senator Lawrence Oborawharievwo Ewhrudjakpo, Deputy Governor of Bayelsa State who represented Governor Douye Diri said the law must not take sides, pointing out that the day Nigeria put equity on the front burner, there would be peace. “I hope the outcome of these deliberations would shape the 2023 elections,” he added.

Governor of Bauchi State, Bala Mohammed charged the people to figure out how to handle the issues of reconciliation, national sensibilities and the role of the media, especially the social media building perception based on falsehood.

“At the time elections are over, have we been able to elect competent people to implement the parties’ manifestos?” he pondered.

The keynote speaker, Dr Mohamed Ibn Chambas, former Special Representative of the Secretary-General and former President of the ECOWAS Commission commended the Foundation, pointing out that following the maiden edition of the Peace Conference held in 2019, the Foundation has made significant strides in contributing to the promotion of peaceful transfer of power and the respect of rule of law across the West Africa region.

He noted that as the 2023 elections approach in Nigeria, the foundation is again poised to ensure and promote an inclusive political peaceful atmosphere before, during, and after the elections.

He said, “Nations stay together when citizens share enough values and preferences and can communicate with each other. Homogeneity amongst people can be built with education, teaching a common language, building infrastructure for easier travel to integrate communities, and by choosing how much and by what means to homogenize the population”.

He added that central to the goal of President Goodluck Jonathan Peace Foundation is how to achieve peace and sustain it in a multi-ethnic society like Nigeria, and Dr Goodluck Jonathan continues to be the yardstick for measuring responsible conduct by political leaders before, during and after political elections.

According to him, “His singular act of statesmanship in the post-election period of 2015 when he made that phone call, on that fateful day, conceding the elections to the then opposition candidate even before the final results were announced is, and will continue to be, a reference point. That, in addition to his statement, “no single drop of any Nigerian is worth spilling for my presidential ambition” is what gives him the stature and credibility to be the International Mediator of repute he is today.”

Dr Chambas said the Federal Government’s prioritisation of adequate funding for the 2023 elections should also be acknowledged and commended because, without timely and adequate funding, the electoral process would be compromised leading to constitutional difficulties and possible civil strife.

Quality sleep and healthy living with Vitafoam: Questions and Answers

Nigeria to earn N18 billion from concession of silos ― Official