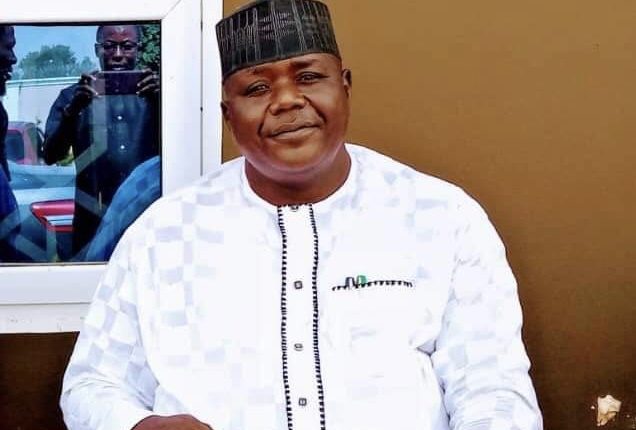 Gunmen suspected to be kidnappers at the early hours of Sunday, abduct and killed Hon. Salihu Dovo, the Ardo-kola local government chairman of Taraba State and his younger brother.

An eyewitness, a memeber of the vigilante group who has been stationed as a security watch at the house, located opposite Police Mobile Barracks (40) Sabon-Gari, in Jalingo, told our correspondent that the gunmen were over ten in numbers.

The vigilante officer who however refuse to give his name for security reasons narrated that the gunmen stormed the house at about 2:30 am, and forced their way into the house.

“Some of them were outside the gate while some forced their way into the house and forcefully abduct the chairman at gun point.

“They came here in numbers, myself and a colleague were standing at the gate, sighting at us, one of them open fire on me, thank God the bullet didn’t hit me, my colleague ran and left me alone, I also ran into the house and hide, but they forcefully gained entrance into the house.”

“Some of them from their behaviours proved that, they know the house very well, even the  chairman after knowing that they were in the house to kidnappe him, he was calling one of them by his name that why has he led gunmen to his house.

“They took him away, they did not come with any vehicle,  they came by foots and left by foots. As they were going, the road they followed is the road that leads to the chairman’s village in Ardo-Kola local government.

It was then that the people here in the house phone and alerted the people from the chairman’s village of what had happened and his younger brother who is in the village came out on his motorcycle from the village heading to Jalingo where he unfortunately ran into them and they killed him at the spot.

“They proceeded with the chairman, the villagers came and took the body of the brother to the house.

Taraba State police command have confirm the killings, informed that one person has so far been arrested in connection to the crime.

DSP David Missal, the state command PPRO who comfirm the report said, “Is true, the chairman was abducted and killed, we have so far arrested one person in connection to the incident and we are hoping that he will give us leading information that can get to root of the killings.

“We are doing serious investigation and we shall communicate to you as soon as we unravel all the circumstances surrounding the incident. Misar stated.