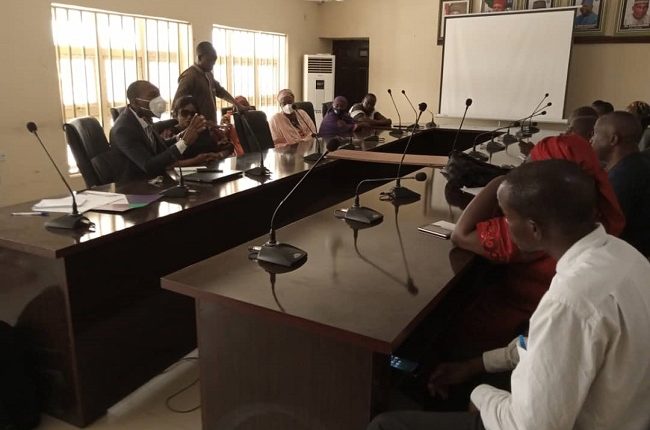 Mr Lynne Ada, chairman of the group made the call during a reviewed meeting in Jalingo, he said that family planning efforts by TCI and the state government was hampering many communities of the state due to lack of access to road network and community awareness.

According to him, the majority of the state citizens leaving in Jalingo and other towns that have understood the economic benefits of family planning and its capacity to make life better for a man and his family and further build a better society for Nigeria, have embraced the idea in other to build a reform society.

Mr Ada noted that the idea was not transmitted to rural citizens due to non-accessible road and the communities orientation barrier.

“What we saw during our last field trip to some towns in the state is a proof that the people have understood the idea of family planning.

“We tried as much to educate them to understand not only the child-spacing idea but the economic benefits attached to it.

“We hope to reach out to every community in the state but the challenge of accessible road network is what is hampering our moves. There are areas where you can not even take commodities to, and the idea of educating the people about family planning is been hampered.

“We want the state government to take this as a challenge and make a deliberate approach that would allow family planning excel in the state,” Lynne Ada called.

Meanwhile, the TCI representative at the meeting, Dr David Nshe Muknaan, appealed to facility managers in the state to always refer cases of family planning method challenges to other specialists for a possible solution.

In spite of the huge investment in the water sector by the government and international organisations, water scarcity has grown to become a perennial nightmare for residents of Abeokuta, the Ogun State capital. This report x-rays the lives and experiences of residents in getting clean, potable and affordable water amidst the surge of COVID-19 cases in the state. Group urges Taraba govt on deliberate approach to improve family planning access