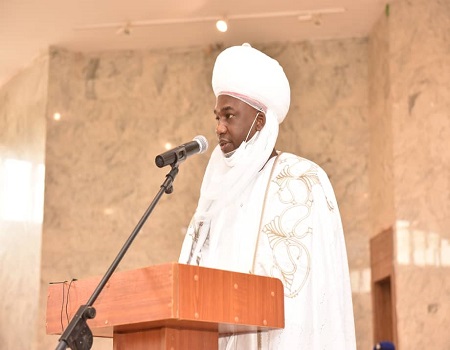 As violence against vulnerable groups particularly women and under-aged girls continue to be on the increase, the need for enacting laws that will protect such groups in the society has been stressed.

To that extent, Emir of Gombe, Alh Abubakar Shehu Abubakar III has been called upon to support fast-tracking the domestication of the Violence Against Persons Prohibition (VAPP) Act in Gombe State.

The call was made an alliance for the domestication of VAPP during an advocacy visit to the Emir in Gombe on Thursday led by the state coordinator of VAPP Alliance, Mrs Dudu Manuga lamenting that the rate of gender-based violence in the state which is alarming was an indication for the call for action.

She disclosed that “In 2018, a Human Rights Commission report released in early 2019 had it that there were over 300 reported cases of domestic violence in Gombe State alone”.

Dudu Manuga also added that another worrisome issue was the fact that the state was ranked as the second-highest in rape cases in the country.

According to her, their visit to the Royal Father was to seek his royal support having paid similar advocacies to different stakeholders in the state for them to realise the fact and the need to act in Gombe.

The VAPP alliance coordinator added that ” We came to seek the royal highness’ support, collaboration and commitment so that together we are going to fight this cause and win.’’

She then expressed her appreciation for the warm reception from the royal father, saying that “we are happy the Emir has gone beyond just saying he is supporting us but also keeping his doors open for us anytime.’’

In his response, the Emir of Gombe, Alh. Abubakar Shehu-Abubakar III said that the alliance has his blessing and could visit anytime to advance the course of domesticating the act in the state.

He lamented the rate of gender-based violence in the state and emphasised the need for NGOs, CSOs and other concerned authorities to rise up to curb the menace before it gets out of hands completely.