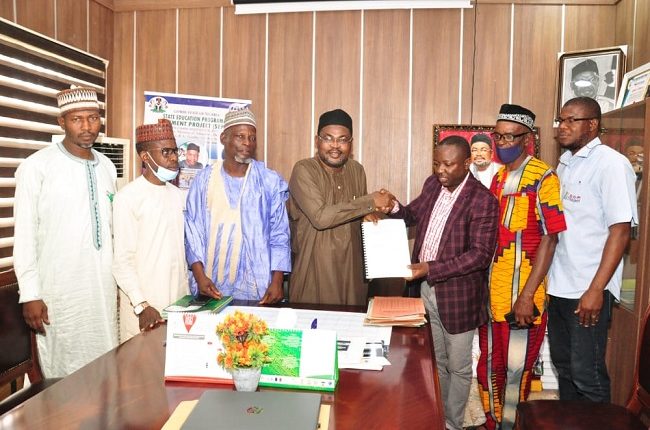 In furtherance of the commitment to effective and efficient land administration systems, the Gombe State government has awarded an N1.9b contract for the second phase of the Gombe Geographical information Systems (GOGIS).

Speaking on the behalf of Governor Muhammadu Inuwa Yahaya shortly after the signing of the contract agreement between the government and SIRAJ Nigerian Limited, the Secretary to the State Government (SSG), Professor Ibrahim Njodi, charged the firm and GOGIS management to ensure delivering the deal on time.

Njodi noted with pleasure the company’s performance in the delivery of the first phase of the project which earned them the award of phase two, adding that Governor Inuwa Yahaya will not accept anything less.

The SSG who signed the two-year contract on behalf of the government also assured of support to ensure timely and quality delivery of the project.

Representative of SIRAJ Nigeria Limited, Engineer Abe Ayodele appreciated the Gombe State Government for considering the company for the job and assured of delivering the project on schedule.

The project will cover digital infrastructure, areal mapping, office furniture, sort wire development and staff training among others as contained in a statement by the Information Officer of the SSG’s office, Joshua Danmalam.