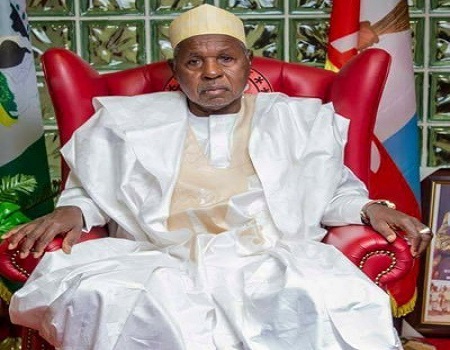 The budget, which was tagged “Budget of Reflection and Progress”, was aimed at ensuring the continuation of the restoration agenda and policies of the administration.

Masari said at the ceremony in Katsina, that government would continue to ensure that its programmes impacted positively on the lives of the people within available resources.

“We are for all people including those in the opposition and those without parties, we will live up to our oath of office to provide governance to all,” he said.

He urged members of the state House of Assembly to intensify efforts toward conducting oversight functions on government agencies with a view to ensuring judicious utilisation of resources.

Masari also directed the Ministries of Budget and Economic Planning, and that of Special Duties, to organise town hall meetings to sensitise the public on the budget.

“People will know and understand what their needs are and if the government can provide such needs.

“Members of State House of Assembly should also organise town hall meetings to get information on the needs of their constituents,” he said.

The Speaker of the State House of Assembly, Alhaji Tasiu Maigari, said that the assembly slashed the budget to N244.8 billion from the N249.5 billion presented by the governor
because the N4.5 billion was for N-power and school feeding programme.

“We look into the capital receipts that we are receiving from outside, there is the money for N-power and school feeding programme.

“So, we removed that amount from capital receipts of the state,” he said.
(NAN)

Amotekun will not participate in any political activities ― Akeredolu

Bandits kill about 100 in Katsina