Going for 2023 without restructuring will spell doom for Nigeria, Yoruba leaders warn 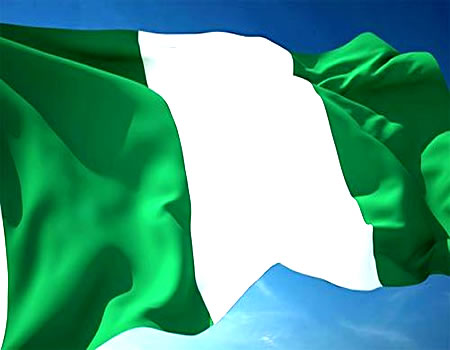 Yoruba Summit Group (YSG), comprising Yoruba leaders drawn from different spheres of life, on Thursday said there was an urgent need to restructure the country now, warning that any attempt to go ahead with elections in 2023 without addressing the issue would spell doom for Nigeria.

The Yoruba group made this declaration in a communiqué signed by Mogaji Gboyega Adejumo and issued at the end of its meeting in Lagos, just as it noted that the ship of state was veering off precariously into a precipice, as the country was at the very edge of political subsidence.

According to the leaders, notwithstanding the interests of some elements in the region, it would be presumptuous to assume that the masses of the educated Yoruba Nation will dive headlong into being part of the 2023 elections, when all elements of its execution, including the military, paramilitary, the Independent National Electoral Commission (INEC) as well as the Judiciary have been rigged and appropriated by a single very tiny minority ethnic in the country.

YSG further warned that the resolve of the Yorubas not to be part of a vassal state that Nigeria has become, was better managed with due accommodation before any further degeneration and obvious consequences as the race’s quest shall henceforth be to mobilise the masses of peoples not to participate in any further elections until the goal of restructuring or self-determination was attained.

“The ship of state is veering off precariously into a precipice, and that Nigeria is at the very edge of political subsidence.

“We are persuaded that nothing short of Restructuring can save this country. Any attempt to go ahead with elections in 2023 without addressing the issue of Restructuring would spell doom for Nigeria.

“Notwithstanding the interests of some elements in our midst, it would be presumptuous to assume that the masses of the educated Yoruba Nation will dive headlong into being part of the 2023 elections, when all elements of its execution- the Military, Paramilitary, INEC, the Judiciary have been rigged and appropriated by a single very tiny minority Ethnic Group in a small corner of the country.

“The emerging resolve of the Yorubas not to be part of the vassal state that Nigeria has become is better managed with due accommodation before any further degeneration and obvious consequences. Our quest shall henceforth be to mobilise the masses of our peoples not to participate in any further elections until the goal of Restructuring or Self-determination is attained,” the group said.

The Yoruba leaders, while making a clarion call on President Muhammadu Buhari’s regime to begin confidence-building ahead of the country’s historic 60th anniversary of its independence, urged for an urgent meeting of all nationalities to determine the nature of our relationships.

“The Yoruba Nation is, therefore, making the clarion call for confidence-building steps to taken by the Buhari regime immediately, especially as the historic 60th anniversary of Nigeria as an independent Nation beckons on October 1, 2020. Steps towards an urgent meeting of all Nationalities has to be taken now to determine the nature of our relationships,” the leaders said.

“Unless this peaceful step is heeded to so that Nigeria heads in the right direction thereafter, the clear alternative would be for self-determination quests to proceed rapidly without any further restraint. It has become patently untenable for the Yoruba Nation to tolerate further incompetence and impunity as has been foisted on all other ethnic nationalities across Nigeria,” they further warned.

The group, while observing that the essence of government at all levels is the security and welfare of the people, noted that the COVID-19 pandemic and the inadequate responses, closure of the borders in the Western part of the country with the negative effects on economic activities, as well as the loss of morale of the country’s men under arms due to lack of equipment to prosecute the war against Boko Haram, among others were some of the things inducing deep anxiety for the Yoruba people.

According to the group, other worrying issues are incessant banditry, kidnapping and killings across a large swathe of the country, while millions of youths were found roaming about without jobs as the value of the Naira kept falling daily.

“While all these are happening, the people are greeted daily on television with tales of massive and mindless looting of the treasury by public officials, while the country is being encumbered with massive debt for generations to come with nothing significant to show for it except private jets and palatial mansions of public officials,” YSG lamented.

“We are also aware of the initial casual manner Tolulope Arotile’s killing was treated by the authorities of the Nigerian Air Force which is capable of raising suspicion in the minds people.

“It is better to quickly douse tension and apprehension by coming out in the open. The authorities did not imagine that so much noise would be made, and so many questions would be asked. Her death was treated with levity, just as many other cases where the lives of Nigerians do not seem to matter anymore,” the group recalled.

The group, while reiterating its call for full-scale independent investigation by an inclusive panel of experts on Arotile’s case, said it noted with sadness that on the very day the first female flying  officer went to her final rest, a senior military officer: Major General Olusegun Adeniyi, was being court-martialled for daring to voice out the lack of tools and equipment needed to prosecute a Boko Haram war that “has become far too prolonged and far too controversial in light of the numerous calls to the Federal Government to change the military ’service  chiefs  who have failed to provide the highest quality of security, leadership and delivery of forthrightness in their duties.”

“We the Yorùbá condemn in strong terms, the cherry-picking of our fighters, soldiers, officers as either cannon fodders easy-targets, operational fall-guys and being used for experimental disciplinary measures, whilst the real culprits, go free!

“Critical to this development are also pieces of news items of friendly fire from soldiers of a particular part of the country using their guns on our fighters who dare carry the battle deep into the Boko Haram held territories,” YSG said sadly.

“The preponderance of permutations for 2023 presidency, zoning, selecting, rather than addressing the nature of the Nigerian union, the delipidated structure of the farcical ‘Federation,’ never known to Federalism, this unitary unworkable morass, we the Yorùbá observe will only lead to the kind of chaos never before seen and experienced in history.  We the Yorùbá Nation, therefore, reject the holding of a general election before restructuring Nigeria fiscally and structurally,” the group insisted.

Speaking further, the leaders warned that it was aware that granting of licenses for prospecting for gold in Yorubaland portend dangers, including banditry, kidnapping and sundry criminalities.

The group, while commending the governors of South-West states for setting up the security outfit tagged Àmọ̀tẹ́kùn, said the outfit would fulfil the task of filing the huge gulf of various, serious insecurity issues plaguing the region, even as it urged other “states yet to put this structure in place to do so in earnest.”

President of the Senate, Ahmad Lawan on Tuesday read on the floor of the Senate, the 2020 – 2021 Medium Term Expenditure Framework and Fiscal Strategy Paper from President Muhammadu Buhari… Read Full  Story

The Presidency has threatened to release tapes of meetings between the publisher of Sahara Reporters, Omoyele Sowore and individuals led by late Ismaila Isa Funtua, who tried to broker his release from detention… Read Full Story

The Minister for Labour and Employment, Senator Chris Ngige, on Tuesday, shocked the members of the House of Representatives Ad-hoc Committee investigating the Nigeria Social Insurance Trust Fund (NSITF) when he alleged that the suspended MD awarded about 332 different contracts worth about N4.448 billion in one day… Read Full Story