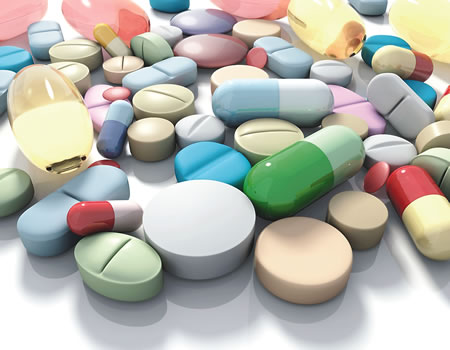 Mrs Adeola Otegbayo sat next to her friend and her sick baby at the Primary health care centre in a suburb of Abeokuta. The sick baby had malaria. The women were asked to wait for malaria medicine and other medications for the child before going home.

“I started to give my son malaria medicine at the end of the month although he is not sick because I don’t want him to have malaria. I read about it on social media, and remember my mother back then also gave me the Sunday-Sunday malaria pills. How much does malaria medicines cost compared to the cost of nursing a sick child?” Mrs Otegbayo said.

In Nigeria, the level of self-medication is high. Children are not exempted from self-medication with painkillers, antibiotics and malarial medicines. Unfortunately, when mothers give children malaria medicine once every month to prevent malaria, it could be inimical to children’s health.

Professor Olugbenga Mokuolu, the Malaria Technical Director at National Malaria Elimination Programme, Abuja said mothers were never told to give their children malaria medicine once every month to prevent them from being sick with malaria.

Professor Mokuolu, a consultant paediatrician, said mothers that give their children antimalarial drugs every month are taking an unnecessary risk.

He stated: “That is a misuse of the drug; it is an abuse and National Malaria Elimination Programme has told anybody not to do it at the personal level. If and when the programme considers that useful, then there will be an official statement on this in Nigeria.”

The medical expert, however, said that although there are interventions such as Intermittent Prevention of Malaria in infants (IPMi) and Seasonal Malaria Chemoprevention, none is expected to be practised by mothers on their own.

According to him, Seasonal Malaria Chemoprevention is adopted for reducing deaths attributable to malaria in children aged three to 59 months during peak malaria transmission season in areas with short duration of rainfall.

The intervention, which government carries out in  eligible areas involve community distributors going from house to house to administer monthly doses of antimalarial drugs to children during the peak of malaria transmission season.

In Nigeria, eligible areas for Seasonal Malaria Chemoprevention intervention includes 21 states in Nigeria. This includes all the states in Northern Nigeria and parts of Oyo and Kwara States. At least 60 per cent of the annual rainfall in these areas occurs within four months.

In many places, malaria transmission is seasonal, with the peak during and just after the rainy season.  Areas of standing water created by heavy rainfall provide breeding grounds for malaria-carrying mosquitoes.

Professor Mokuolu, however, said “the intervention will not work in states with all year-round malaria transmission. If you take the drugs for four months, what happens to the remaining months? The drug can only exert an effect during the time that it is used.”

The paediatrician, however, stated that the  National Malaria Elimination Programme, Abuja is trying to find out if there be any added value of carrying out intermittent preventive treatment in infancy, especially in places where malaria transmission occurs all through the year.

Nonetheless, he said children are supposed to sleep inside the mosquito insecticide-treated nets and if down with fever, get tested to be sure it is malaria before they are given an antimalarial drug.

Director, Oyo State Ministry of Health, Public Health department, Dr Wole Lawal, speaking at the sideline of the 2021 World Malaria Day celebration by the Ministry in collaboration with USAID’s sponsored Breakthrough Action Nigeria said monthly used of antimalarial drug is only expected in women to prevent malaria in pregnancy.

He added that such a misuse of antimalarial drugs could contribute to the drug losing its potency by increasing resistance of the malaria germs to the medicine in the country.

According to him, “before, it was chloroquine that is used to treat malaria, but it is no longer working. If practices like this continue, even there might be resistance to ACT and that means that we will lose control on malaria.”

Permanent Secretary, Oyo State Ministry of health, Dr Mufutau Ayoola said mothers need to deter from giving their children antimalarial drugs monthly as prophylaxis. He said rather, children should be taken to the hospital when they are unwell to access care.

According to him, treatment of children, including for malaria, is free in government hospitals, and as such mothers need not delay in seeking early diagnosis and treatment of any fever, including malaria.

Mr Ajibade stated that aside from the undue pressure the antimalarial medicine will place on the body system of the child to break it down, it could compromise the liver and its function.

He declared that in sick children, there is also the danger of drug-drug interaction as well as adverse drugs reactions.

Mr Ajibade, however, said that the possible complications to arise from the practice will also be determined by the types of antimalarial drug, adding, “children that react to sulphur who take sulphur-containing antimalarial drugs may end up with mild complications like skin rashes to severe ones like Steven Johnson syndrome.”

I dream to be in Hollywood, win Oscar —Nollywood Actress, Damipe Adekoya