Genital mutilation of 6-year-old in Bauchi: Local Council orders demolition of criminal hideout, arrest of herbalists who engage in rituals 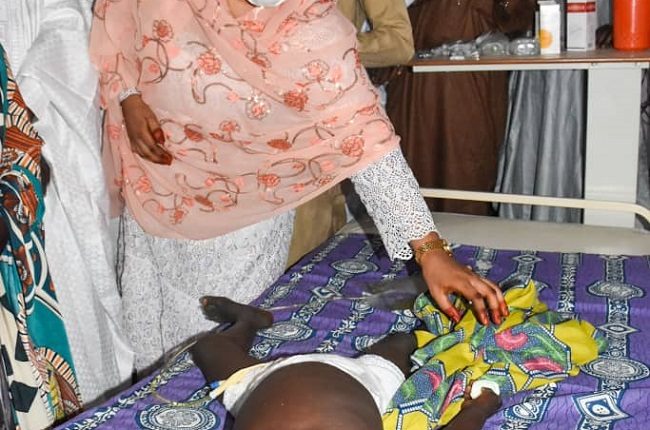 Following the recent mutilation of the genital of a 6-year-old girl in Jama’are, headquarters of Jama’are LGA of Bauchi State, Chairman of the Council, Samaila Jarma has ordered the immediate demolition of Gidan Zana, a hideout of criminals and other bad elements in the society.

The Council boss also ordered for immediate arrest of any herbalist found to be involved in doing rituals for people especially the jobless youths who are in a hurry to make money quickly without doing anything meaningful.

The chairman who spoke to Tribune Online in Bauchi said that the stern measures were taken in order to checkmate the rampant cases of criminal activities in the area especially issues of engaging in rituals for getting rich quickly.

He added that the Council has given security operatives in the area the marching order to arrest and prosecute anyone linked to any criminal activity in the area particularly issues of violence against vulnerable people for the sole aim of rituals.

Samaila Jarma also warned that the Council will no longer take the issue of security with levity stressing that every criminal in the area will be fished out and prosecuted according to the relevant laws of the country.

He also dissociated the Council from an ongoing media announcement soliciting financial assistance for the victim of the genital mutilation who is currently receiving treatment at the Malam Aminu Kano University Teaching Hospital in Kano.

The Council Chairman said that, “to our surprise, we heard in the media that some people are calling for financial assistance for the girl. This is fraudulent because neither the parents nor anyone from Bauchi state is involved in that. We have alerted the security agents and the culprits will soon be apprehended”.

“For the avoidance of doubt, the State Governor, Sen Bala Mohammed Abdulkadir has taken responsibility for the medical bills, the government has already deposited the sum of N1m for commencement of her treatment, more money will be released on demand by the team of medical professionals working on her”, he stated.

Samaila Jarma added that, “as a Council, we have supplied food items and other needs to the family which will be done continuously. Also, an amount of money has been made available to them to take care of their transportation to and from Kano to see her”.

He then said that as of today (Tuesday), reports have it that she is responding to treatment while in the next few days, the major surgery will be carried out on her saying, “I can comfortably tell you that the little girl is stable and doing well, people have been calling to speak to her on the phone”.