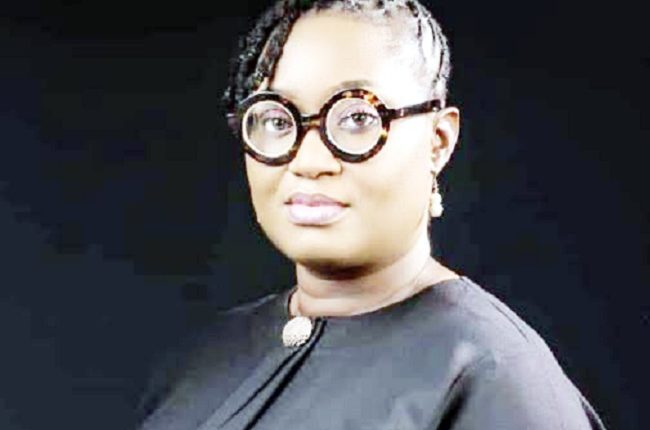 Oludayo Olorunfemi is a legal practitioner; she is the immediate past chairperson of the Nigerian Bar Association (NBA), Ikere-Ekiti branch and currently serves as the Executive Secretary of the Ekiti State Mortgage Board. She was a panelist at the last section on Public Interest and Development Law (SPIDEL) of the NBA held in Ibadan, where she spoke on the topic ‘Paternity Fraud in Nigeria: Legal and social implication’ and it was debated whether paternity fraud should be criminalized or not. FEMI OGUNTAYO speaks extensively with Oludayo on her stance on the issue.

In your speech at the last NBA-SPIDEL held in Ibadan recently, you said gender inequality is one of the major causes of paternity fraud in this part of the world, what do you mean by this? Don’t you see that as an excuse for such a ‘crime’ as it was debated?

Firstly, let me say that paternity fraud is not a crime. It is just a thought or let me say, form of deceit, where by someone knows that something is false and deliberately presents it to another person as true. I said what I said about inequality because we are looking at the surface of the issue, of saying, how can a woman give the child to another man? The question I want us to ask is why would a woman do that? The real cause of paternity fraud and honestly, if you look at it closely, you will see that it is tied to patriarchy and that is the real cause of gender inequality anyway (the idea that one gender is superior to the other). For instance, a woman who is uneducated and lacks access to sexual and reproductive health education gets pregnant; she cannot even fend for herself, talkless of the child. The next thing is, let her find a man to stylishly give the pregnancy to, right? Also, don’t forget, we stigmatise children born out of wedlock. We have a Yoruba adage which says, a home is always peaceful when the bastard in there is still young. Even when the law says there is no illegitimate child, of course every child has a father and a mother, the fact that they do not take responsibility for that child doesn’t mean that the child is illegitimate. So, there is a difference between being biological parents and acting as parents. Imagine a man who biologically cannot impregnate a lady, what is he going to do? Is he going to kill himself? But yet when a woman cannot have a child, we stigmatise her, call her names, call her barren, put pressure on her, the same pressure we don’t put on the man, yet it takes two to tango. Even when a woman has a child by another man, it is still a man who is responsible for that child, yet, things like adoption, when we don’t stigmatise, will help those who are facing difficulty in having a child to achieve their dreams of parenting a child.

But if you are saying paternity fraud is not a crime and at the same time you are saying it is like a deceit, in a case where the mother knows the real father of the child and still goes on to intentionally and deceitfully give the child to the wrong father, and the man has taken the financial responsibilities of the child from childbirth till when the child graduates from higher institution, for instance, before realising he has been fathering another man’s child, when the real father now shows up, what do you think would happen to such a man? Or what do you think could be done in such a case?

Let me also make this point, we like to always put a lot of emotions on biology, you and I know that even in our traditional society and settings, fatherhood is not by biology. There are so many people who have raised children they have no blood tie with at all.

But those ones know there are not the biological fathers…

What about a case where the man doesn’t know?

Well, it is unfortunate that has happened, but that doesn’t erase the fact that you have played fatherhood role in the life of that child and if the child is an adult already, he can decide who he wants to regard as his/her father.  Take the Tope Alabi gist for instance. Her current husband knew she had a daughter before they got married and took responsibility of raising the child. Later when the father who neglected the child from childhood came back  to claim his daughter, the daughter told him, ‘sorry, I am not saying you are not my father, but this is the man I know as my father, because he is the one who has been responsible for me since you neglected me.’ Sometimes, women are at that crossroads because men run away from their responsibilities.

When this kind of act happens in developed countries, are there laws that penalises defaulters as it is being discussed here or this is the first time such a law would be proposed?

I am sure that in different jurisdictions, there are several ways of dealing with issues like this. Also, bear in mind that even in the so-called Nigerian society, in the olden days when our fathers used to have several wives, some of them 10, some of them 12 wives, we know and they themselves knew that not all their children were theirs. In fact, in royal families, the crown prince is responsible for taking care of the young wives on behalf of the old man who is too old to service anybody. Our culture allows a man to sleep around, yet this same culture stigmatises women who do that.

So, how do we tackle this whole issue?

We should just be honest with ourselves and promote values that will entrench good ethics in the society. People should be committed to their vows. If you know you are in a monogamous relationship, then let it be. Because even the women who get pregnant or have children out of wedlock, if they had the means to take care of those children themselves, do you think they would want to wrongfully give the child to another father and commit paternity fraud? She is gainfully employed and she is well- to-do, why do you think that kind of lady would want to deceitfully give the child to another man? Another thing is that, the hallmark of being a 21st century woman is to be able to decide what happens to your body. Who you sleep with, how you sleep with the person, the consequences of that act and most importantly, if you want to get pregnant or not and how many children you want. Let our young girls have access to sexual reproductive health education. When a young girl enters into a clinic now to get contraceptives, they will all stigmatise her but when the same girl walk past and the same men castigating her will hit her buttocks, ask her out, so what are we saying?

So conclusively, what is your take on all this issue of criminalising maternity fraud in Nigeria?

Yes, conclusively, it cannot be criminalised. Okay, look at a situation where the man is impotent and with the help of his family members, they are able to convince the wife to sleep with another man in the family and be giving the children to her husband and no one will ever know outside the family, is that a fraud?  So, can you criminalise that? So, let us dismantle patriarchy, dismantle toxic masculinity, and don’t always think you are the man o, so you must be able to father a child biologically, embrace several options. There are people who have been helped with both the sperm and the eggs, got a donor, have their children and are living and enjoying their lives. That you have fertility issues nowadays is not a reason why you cannot be a parent. Even if it now happens that your wife brings in a pregnancy that is not yours to you, as long as she is your wife when she is pregnant, the child is yours, according to the law. So, what are we stressing ourselves over?

In spite of the huge investment in the water sector by the government and international organisations, water scarcity has grown to become a perennial nightmare for residents of Abeokuta, the Ogun State capital. This report x-rays the lives and experiences of residents in getting clean, potable and affordable water amidst the surge of COVID-19 cases in the state…Gender inequality major cause  Gender inequality major cause

Back to Basics – Financial Discipline