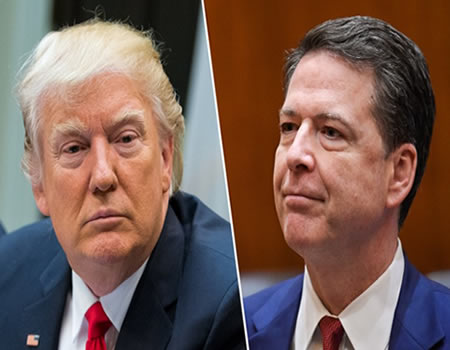 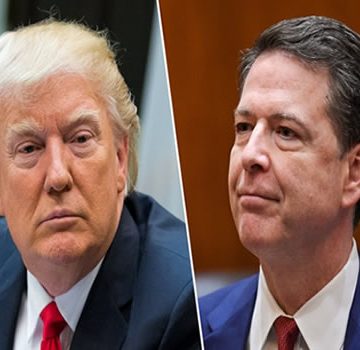 IN his first televised face-to-face interview in six weeks, US President Donald Trump said it is “very bothersome” that the man leading the probe into possible ties between his campaign and Russia is friends with former FBI Director James Comey.

The interview, conducted Thursday at the White House and aired Friday morning, comes as Trump considers reducing the number of media briefings to once per week and requiring reporters to submit written questions in advance.

Mueller was appointed special counsel by the Justice Department to lead the investigation after Trump fired Comey, who was leading the Russia investigation at the time he was ousted. Mueller and several congressional committees are investigating Russian meddling in last year’s election aimed at helping Trump win, and whether he obstructed justice.

For months, the president has dismissed the probes into Russian interference in the election, calling them a “witch hunt” and saying they are an excuse by Democrats to explain Clinton’s defeat.

One day after saying he does not have tapes of private conversations with Comey, the president told Fox he always told a “straight story.”

The president has disputed Comey’s claim that Trump asked the FBI director for a vow of loyalty during a private meeting. When Comey’s account was publicized, Trump tweeted that Comey “better hope that there are no ‘tapes’ of our conversations before he starts leaking to the press.”

Trump also expressed hope that House Democratic Leader Nancy Pelosi remains in her leadership position because it is beneficial to Republicans.

“I hope she doesn’t step down,” he said. “It would be a very sad day for Republicans if she steps down.”

Trump cited this week’s Republican victory in a special congressional election in the southeastern state of Georgia. Republican-funded campaign advertisements linked Democratic candidate Jon Ossoff with Pelosi, who often is criticized by Republicans for representing what they consider extremely liberal points of view.

Pelosi has been facing questions about her leadership since Democrats lost the hard-fought race.