Food insecurity: University Don identifies fermentation as a way out 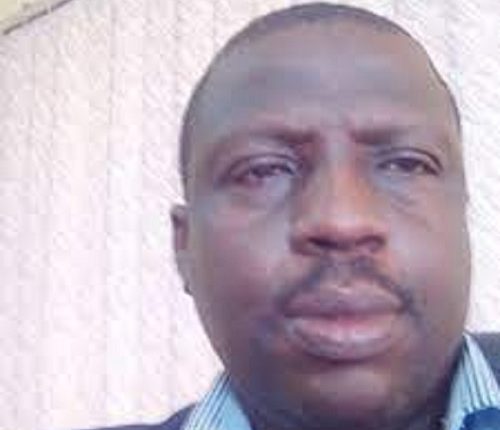 A University Scholar, Prof. Olakunle Teniola, has identified fermentation as a sustainable technology to curb food insecurity in the country and a critical tool to boost job creation for the teeming unemployed youths in Nigeria.

Teniola who disclosed this while delivering the first inaugural lecture of Olusegun Agagu University of Science and Technology, OAUSTECH, Okitipupa, said the role of fermentation cannot be overemphasised in food security and enhancing livelihoods.

He said apart from being an important tool in improving food security, he said fermentation has helped in improving the nutrition and social well being of millions of people around the world, particularly the marginalised and vulnerable.

Delivering the inaugural lecture tagged: Invisible Soldiers and Fermentation; Impact on food security and Industrialization, the Professor of Industrial Microbiology, said this can be achieved through improved food preservation, increasing the range of raw materials that can be used to produce edible food products and removing anti-nutritional factors to make food safe to eat.

Speaking on his just-concluded research at the Federal Institute of Industrial Research, (FIIRO), Oshodi Lagos, Teniola said there are pieces of evidence from around the world on the role fermented foods have played in preserving food to enhance food security and said “once hunger is eliminated, it brings poverty to an abrupt end.”

He said “Fermentation as a process is most significant due to its several benefits, which is one of the earliest ways to produce food and other important materials for the use of man. That is, pulp and paper. It is one of the oldest and economical ways of preserving foods and materials.

“It reduces the volume of materials during processing and enhances the nutritive values of foods.”

According to him, many developed countries were able to produce foods and feed themselves and even export foods by harnessing their natural potentials and formulate good policies.

He called on governments at all levels to overhaul their planning policy and give attention to food industry development ahead of areas requiring complex unattainable technologies like space technology, war equipment production even auto and electronics Industries saying this would guaranteed food security”

He, however, recommended that government at the Federal, state and local government levels, should build different industrial fermentation production centres to fight food insecurity.

Earlier, the state governor, Mr Rotimi Akeredolu, reiterated his commitment towards improving the quality of education in the state in order to ensure that the institutions can compete favourably with their peers in the country.

Akeredolu who was represented by the Secretary to the State Government, Mrs Oladunni Odu, said his administration will continue to give priority to education in the state.

The Vice-Chancellor of the University, Prof Sunday Roberts Ogunduyile, expressed his delight in having one of the first two Professors produced by the university about 11 years of its existence displaying their academic prowess.

Food insecurity: University Don identifies fermentation as a way out

In spite of the huge investment in the water sector by the government and international organisations, water scarcity has grown to become a perennial nightmare for residents of Abeokuta, the Ogun State capital. This report x-rays the lives and experiences of residents in getting clean, potable and affordable water amidst the surge of COVID-19 cases in the state. University Don identifies fermentation