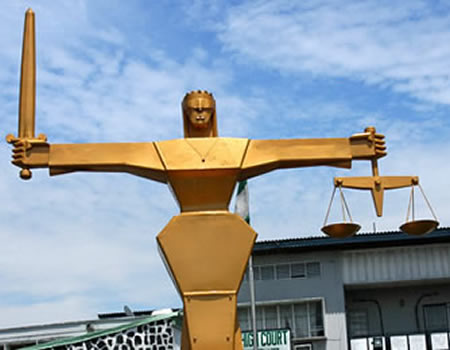 The implementation of financial autonomy for the state judiciary and legislature may likely begin in May this year.

Chairman of the Nigeria Governors Forum (NGF), Dr Kayode Fayemi, disclosed this after a meeting of stakeholders on financial autonomy for the judiciary and legislature chaired by the Chief of Staff to the President, Prof. Ibrahim Gambari at the presidential villa, Abuja on Monday.

The meeting was also attended by state governors including Aminu Tambuwal (Sokoto), Simon Lalong (Plateau), Atiku Bagudu (Kebbi) as well as chairman and some members of the Conference State Assembly Speakers.

Speaking to correspondents after the meeting, the Ekiti State governor said the chief executives had never been against the financial autonomy for the branches of government but wanted the details of the implementation worked out.

Fielding questions, he said: “For us, we’re here for legislative and judicial autonomy and the governors, the speakers and the judges are on the same page, as far as this issue is concerned.

“First, the issue is about implementation. There has been no objection from governors on judicial and legislative autonomies. As a matter of fact, it would not have passed if governors were not in support in the first instance, in the state Assemblies.

“So, that issue has been fully and holistically addressed, but we don’t just want to agree to something on paper without working out the modalities for implementation. Thankfully, the meeting we have just emerged from, with the Chief of Staff to the President chairing, has worked out the modalities to the satisfaction of all parties.”

Asked to put a time frame to the implementation of the autonomy, he said: “As soon as the final document that is being cleaned up emerges, that is preparatory to implementation. We’re not going to put a timeframe in the air, but it will be implemented as soon as possible, definitely no later than the end of May 2021.”

The NGF boss appealed to the striking judiciary workers to return to work in the interest of the nation.

He added: “In the interest of the nation, we believe that the striking workers should return to their offices because as far as this has gone, we have met with all the parties concerned, the President, through the Chief of Staff, has also been seized of this matter and has been monitoring what has been happening and I think we’re basically at a position where whether you speak to the Conference of Speakers’ chairperson or you speak to me or you speak to the representative of the judiciary or you speak to the Solicitor-General of the Federation, you will hear that we’re speaking with one voice on the implementation and no later than May, you will start seeing the implementation of the agreement that we’ve reached. Thank you”

Recall that President Muhammadu Buhari, in May last year, signed into law an Executive Order to grant financial autonomy to the legislature and the judiciary across the 36 states of the country.

The order also mandated the accountant-general of the federation to deduct from source amount due to state legislatures and judiciaries from the monthly allocation to each state for states that refuse to grant such autonomy.

Also asked for his perspective on the altercation between the Peoples Democratic Party Governors Forum and the ruling party’s Progressive Governors Forum over the N60 billion allegedly printed by the Central Bank of Nigeria (CBN), he said the NGF did not want to dabble into the matter.

Fayemi stated: “It’s because for us, this is not an issue that requires a statement from the governors. The Honourable Minister of Finance has dealt with it and the issue is out there for you to deal with.”