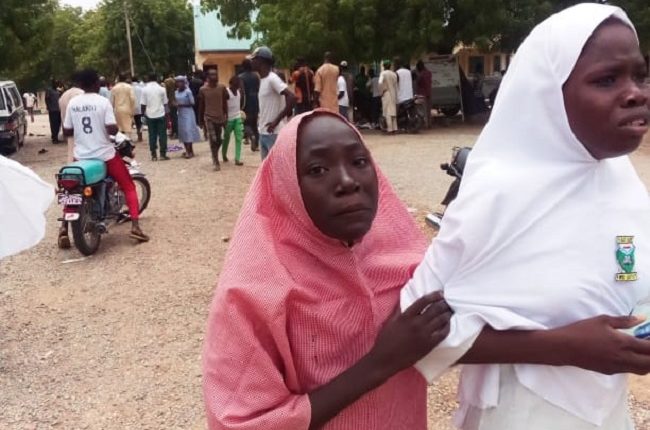 Three teachers and yet to be ascertained a number of students of Federal Government College, Yauri in Kebbi State have been abducted by bandits on Thursday.

The incident happened around midday on the school premises.

The Kebbi State Police Command in a press statement signed by the PPRO, Nafiu Abubakar and made available to newsmen confirmed the incident but quickly added that a team of mobile policemen, plainclothes detectives and anti-terrorism squads were on the trail of the bandits.

“The Commissioner Police, Kebbi State Command, Mr Adeleke Adeyinka Bode has condemned the attack in which one policeman was killed and one student sustained gunshot wound. He assured parents and guardians that the command is on the trail of the assailants and they will be rounded up in shortest time,” the statement read.

Mr Bode also appealed to members of the public to provide useful information to the police to ensure the prompt arrest of these bandits.

ILO tasks Nigeria to be committed to eliminating child labour