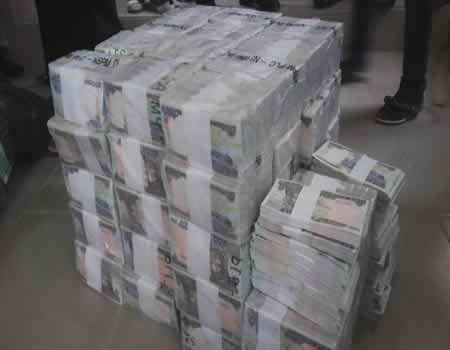 THE Fiscal Responsibility Commission (FRC) says the Federal Government recorded a revenue shortfall of N3.1 billion at 33.34 per cent of its gross federally-collected revenue in 2015.

This was contained in the 2015 Annual Report and Audited Accounts of the commission made available to the News Agency of Nigeria (NAN) on Tuesday in Abuja.

It said that N9 billion was anticipated as federally-collected revenue in 2015, but only N6.1 billion was actually collected.

It, however, said that the oil slump and shortfall in oil production, due to oil theft and pipelines vandalism, accounted for the sharp revenue decline.

The non-oil revenue received for 2015 was also much lower than what was received in 2014.

Detailed analysis of non-oil revenue (gross) revealed that all its components performed below the budget and equally lower than 2014 receipts.

The report said that the low non-oil revenue performance suggested the ineffectiveness of the measures geared toward revenue increase as a result of the revenue diversification being pursued.

“These measures have to be re-invigorated in subsequent years to block revenue leakages and evasion of taxes and customs duties,” it said.

The report said that oil and non-oil contribution of net distributable funds were 52.95 per cent and 47.05 per cent, respectively, adding that there was no contribution from solid minerals as budgeted.

For the Excess Crude Account (ECA) created to serve as a stabilisation and savings fund, to augment budgets, the report showed that only N48.9 billion was transferred into it in 2015 compared with N796.7 billion in 2014.