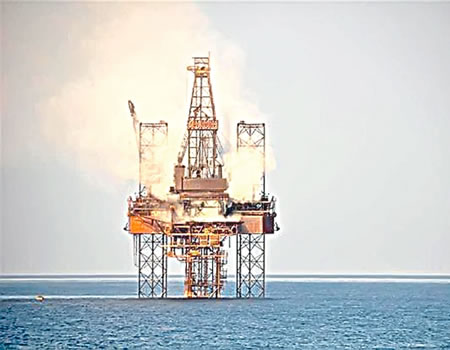 The Federal Government has ordered the International Oil Companies (IOC) to clear all outstanding debt being owed stevedoring firms in the nation’s maritime sector.

Disclosing this to the Tribune Online exclusively on Sunday, President of the National Association of Stevedoring Companies (NASC), Bolaji Sunmola who attended the meeting held in Abuja last Wednesday explained that the IOC’s have been given a timeline to comply with the laws of the land.

NASC President said, “you know that the Nigerian Ports Authority (NPA) is mandated by law to appoint stevedoring firms at the nation’s seaports.

“We were there last Wednesday in Abuja during the meeting called by the Federal Ministry of Transportation (FMOT). The IOC’s were equally there and the Maritime Workers Union of Nigeria (MWUN).

“At the meeting, the IOC’s were mandated to comply with the laws of the land by paying up debt owed the stevedoring companies.”

When asked if there was a timeline given to the IOC’s or it’s something they (IOC) could do at their convenience, Bolaji Sunmola stated that the Federal Government handed out a timeline for payment.

In his words, “there was a timeline handed out for payment of all outstanding debt being owed the stevedoring firms by the IOC’s. The IOC’s were there themselves, and didn’t object to this.”

He, however, declined to give details of the timeline handed out to the IOC’s to effect payment to the stevedoring firms.

It would be recalled that maritime workers under the aegis of the MWUN had embarked on a three days strike to drive home their displeasure of being owed months of entitlement by the IOC’s. The strike which had grounded port operations across the country forced the Federal Government to mediate between the stevedoring firms and the IOC’s.

#COZA: Biodun Fatoyinbo returns to pulpit 35 days after stepping down over rape allegation