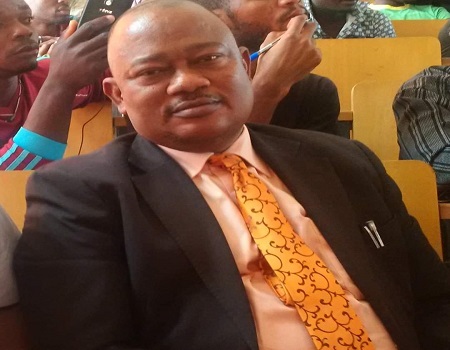 The Federal Polytechnic, Ede has appointed a new registrar, bursar and librarian for the institution. They are Mr Agboola Isiaka Tunji, Mr Caleb Olanrewaju Olagunju and Dr Egunjobi Rotimi Adesina, respectively and their appointments which is for five years single term will take effect from April 1st, 2020.

The Public Relations Officer of the school, Mr Shola Lawal, made this known in a statement made available to newsmen on Tuesday, saying their appointment was approved by the governing council of the institution ahead of the expiration of the tenure of office of the incumbent at the end of this month.

He said the registrar is still as of now the Deputy Registrar of the polytechnic in charge of Alumni and Endowment Office, while the bursar is the Chief Accountant\Head of planning and budget division of the same polytechnic.

But Mr Lawal,  the new librarian, he pointed out, would be coming from Adekunle Ajasin University(AAU) Akungba- Akoko, Ondo State where he is currently performing the same role.

He said all the appointees are bringing in their wealth of experience towards the development of the polytechnic.

Uwadiae bows out as WAEC registrar, says I have no regret