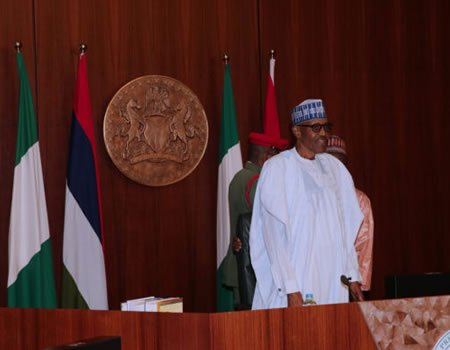 The Federal Executive Council (FEC) has approved a contract worth N1.4billion for the design of the head office building of the Department of Petroleum Resources (DPR).

The building itself is to be constructed at a cost of N35billion.

Minister of State for Petroleum Resources, Ibe Kachikwu, disclosed this while briefing State House correspondents at the end of the meeting presided over by President Muhammadu Buhari.

He said the design contract was awarded to Messers Arteck Practice Limited to design a 12-floor building at a plot which has already been allocated to by the Federal Capital Territory (FCT).

He noted that DPR, which is currently based in Lagos, is the regulatory and supervisory arm of the Ministry of Petroleum, “and is instrumental in terms of income generation.”

Kachikwu said the construction of the building will enable DPR to move to Abuja.

On whether the N1.4billion was not too much a price to pay for the design, the Minister explained: “The contract was awarded to DPR tenders board. Their bid was the lowest. The highest bid was about N3 billion.

“The total projected potential cost for the building when it is done is about N35 billion. So, if you look at that as a percentage of the work, it is absolutely insignificant. In international terms it is very very justifiable, it is less than two per cent.

“The FCT did mention in our deliberation that because of the new zoning policies, the previous plan which was to build a car park of another five floors along with the 12 floors has to be changed a little bit because they are taking possession of additional green area that was assigned to them.

“So, they will build a lot of parking in situ within the building. So I think because of the amount of work to be done and in line with international practice, it is quite frankly very reasonable.”

He explained that GEEP is part of the federal government social investment programme.

According to him, the contract is for providing services for 4.6 million people, “is a viable contract.”

He noted that the programme has provided credit for over 1.5million Nigerians

Enalama said FEC also approved the establishment of a Committee to come up with alternative ways to add to what government is doing in financing infrastructure.

“Obviously, the government cannot do it alone and will like to partner others and it is expected to be done as part of the concluding work of this administration,”  he said.

In his remark, the Minister of Information and Culture, Lai Mohammed, stated that FEC also approved contracts worth over N1.3billion for the supply of equipment and vehicles for parastatals under the ministry.

The Nigerian Television Authority (NTA) and Federal Radio Corporation of Nigeria (FRCN) and News Agency of Nigeria (NAN) are the beneficiaries.