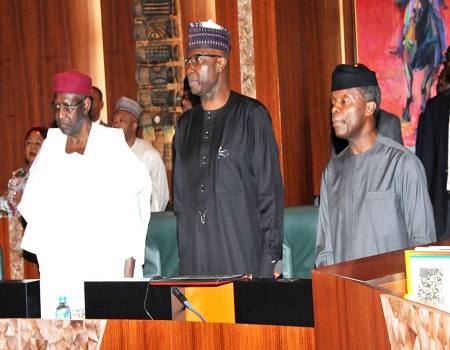 He said the digital economy had become a global trend and was making a meaningful contribution to Nigeria’s Gross Domestic Product (GDP).

“We came up with the proposal knowing that digital economy today is about to dominate the world and even in Nigeria if you look at it critically, the contribution of ICT to Gross Domestic Product(GDP) is increasing by the day.

“Now, the global practice is that nations are moving into a digital economy and we felt leaving digital economy as just a peripheral in our country will not be for our economy particularly in order to give more priority to the priorities of the administration of President Muhammadu Buhari and Vice President Yemi Osinbajo.

“There is a need for us to have a ministry that will supervise the development and implementation of the digital economy in Nigeria; most importantly, with regard to our economic recovery and growth plan,.’

Pantami said that in order to be in alignment with the global best practice, many nations in the world were coming up with new ministries as ministries of the digital economy.

He said that the move was to make sure that the digital economy was not a peripheral aspect of the Nigerian economy but a central one.

“In Nigeria, looking at the contributions of ICT and secondly, looking at how our population, most importantly, youths are addicted to ICT; they are naturally inclined to ICT; so, I feel it is very important.

“No one will argue with me that if you look at the richest people today in the world, they come from that aspect of the digital economy.

He said that Nigeria had advantages in terms of population and resources; therefore, should harness the digital economy as a global trend to improve its economy.

Dear Nigerian government, are you going to tax the air we breathe?