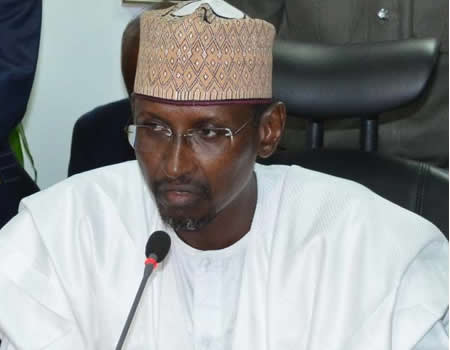 The DRTS task team stormed and towed away vehicles from a notorious cluster of car marts on Pedestrian walkways in a busy neighbourhood near the NIPOST office in Area 10, Garki, Abuja.

Equally, some Okada riders were arrested with their motorcycles impounded by the DRTS Task team, in the Gudu area of Abuja.

According to the head of the DRTS Task team, Adamu Shehu Maiwada, “We are removing all the vehicles found within the illegal car marts in Area 10 because this is not the first time that we are coming to this place for enforcement.

“We removed vehicles and we charged them to courts, still they are operating in this particular place, but I promised them that no vehicle will be kept in this place again.

“The FCT Minister is giving us all the support and full backing, as all the necessary machinery have been given to us to do our work without fear or favour, that is why any arrest that we make, the mobile court is there for us to try them accordingly.

“We talked to them several times to desist from doing what they have been doing illegally”, he stressed.

Similarly, Secretary, FCT Command and Control Centre, Peter Olumuji, reiterated that mechanic workshops are supposed to be in Apo Mechanic workshop and other designated places, not on the road corridors along various streets of the nation’s capital city.

“What we saw was that what we have as a walkway have been taken over by car wash, marts, mechanic workshop, so now they pushed pedestrian to the highway, which is a very risky thing.

“And the illegal car marts operators should be willing to go to where car marts are along to operate along Kubwa expressways, but we will continue our enforcement.

One of the affected car dealers, operating a car mart situated at the pedestrian walkway and road shoulder in Area 10, Alhaji Hassan Ahmed, who described the raid as an unfortunate event, however admitted that they were illegally trading on the streets, which they have been subjected to several abatement notices and evictions over the years.

According to him, “Yes, what we are doing is illegal, because that is the position of the government, and they came several times to evict us, but after sometimes when people (car dealers) come back, they (Government officials) don’t disturb us again.

“As citizens, what we want the government to do is to give us an alternative place, and we will have no basis of coming back here again.”