FACT CHECK: Did Buruji Kashamu die on same date with his mother? 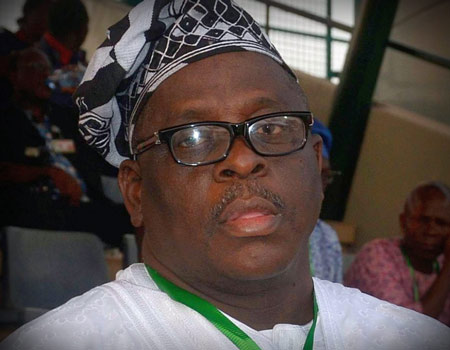 CLAIM: A viral photo which was circulated on social media claim that late Senator Buruji Kashamu died on August 8 just like his mother who died in 2019.

FULL STORY: On Sunday, August 9, 2020, the social media was awash with news that late Senator who represented Ogun East Senatorial District during the Eight Senate, Buruji Kashamu died on the same date (August 8) just like his mother.

Tribune Online recalls that Senator Buruji Kashamu died of COVID-19 complications on August 8, 2020, days after he was hospitalized at the First Cardiologist Hospital, Lagos.

The remains of the 62-year-old senator was laid to rest on Sunday at his palatial residence, Egbe quarters, Oke -Sopen, Ijebu-Igbo according to Islamic rites.

While the development berths varying tributes in honour of the late politician, some people claimed that the Ogun State Peoples Democratic Party (PDP) 2019 governorship candidate died on the same date with his mother, Alhaja Wulemotu Ebunola Kashamu.

VERIFICATION: Checks by Tribune Online showed that Kashamu’s mother died at the age of 96 on Wednesday, August 7, 2019 in Lagos after an illness.

The death and burial of the Iya Suna of Ijebu Igbo was widely reported by various media organisations including Tribune Online, The Nation, PM News, New Dawn.

The fidau prayers for Alhaja Kashamu, a prominent businesswoman, community and religious leader were led by the Noibul Imam of Ijebu Igbo, Alhaji Abdulakeem Isa on Thursday, August 8, 2019.

VERDICT: FALSE! Late Senator Buruji Kashamu did not die on the same date with his mother.

FACT CHECK: Did Zulum Celebrate Salah With Borno’s ‘Poorest’?
A viral message, which emanated from Whatsapp and was later posted on the Facebook page of a national newspaper, claimed that Borno State governor, Professor Babagana Umara Zulum, celebrated Sallah with the poor citizens in the state…Buruji Kashamu

Why The Colour Of #RevolutionNow Was Not Arab Spring-Red
THEY all happened almost simultaneously, as if in a choreography. On February 9, 2011, a huge crowd of protesters had gathered at the Tahir Square in Cairo, Egypt. Unruly, eyes dilating like pellets of ice immersed in mug-full Campari liquor, it was obvious that this was a crowd determined to change the status quo. They shouted anti-government slogans, calling for an end to oppression, economic adversities and collapse of the Arabian spirit in the Arab world…Buruji Kashamu

The Marlian Gang: Lifestyles Of Youths Who Claim To Be Lawless, Lack Manners And Home Training
MUSIC and musicians through the ages have demonstrated the tendency to influence not only the present generation, but also the future generation. No wonder, decades after they might have gone, generations later are still inspired by them…Buruji Kashamu

Ize-Iyamu’s Corruption Case: PDP Guilty With Govs Fintiri, Mohammed Nominations ― Presidency
The Presidency has pushed back on the assertion by the Peoples Democratic Party (PDP) that President Muhammadu Buhari’s endorsement of Pastor Osagie Ize-Iyamu who is facing corruption charges as the All Progressive Congress (APC) candidate in the Edo State governorship election encourages corruption…Buruji Kashamu

Photos from the reopening of churches in Lagos on Sunday

Date ideas for lovers this Christmas

Tricks and hacks to help you maximise your iPhone