Entertainment
By Segun Adebayo On Oct 4, 2022 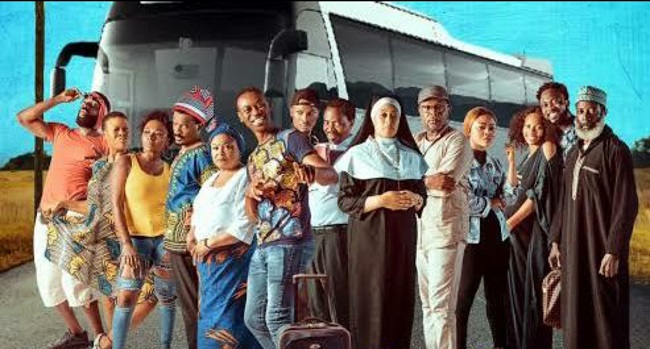 The streaming platform, Netflix, on Tuesday announced that the month of October promises to be an exciting month for millions of its subscribers.

Netflix stated that October is packed with titles that will keep its subscribers glued to screens, from Soólè, where a group of eccentric strangers are caught in a cat-and-mouse game with dangerous criminals while travelling from Lagos to Enugu, to the story of a serial killer Jeffrey Dahmer and his 17 murders in Conversations with a Killer: The Jeffrey Dahmer Tapes.

It stated that popular movies including Conversations with a Killer, Togo, Luckiest Girl Alive, Spirit Rangers, Glitch, Iliza Shlesinger, and Black Butterflies, millions of its subscribers will be thrilled all through the month of October and beyond.

With new titles also coming to Netflix, the streaming platform which has had a huge impact on the African creative market in the last few years hinted that it will be keeping its viewers entertained with documentaries, drama and lots more this season.

With branded and licensed titles like “Love Is Blind: Season 3 -After courting through the walls of private pods, men and women put the power of blind love to the test in this fan-approved reality whirlwind hosted by Nick and Vanessa Lachey.

Eavesdropping-Franco Escamilla takes the stage in California for a comedy special filled with humorous observations on gossiping, the pandemic and airport experiences.

Love Is Blind: Season 3: After courting through the walls of private pods, men and women put the power of blind love to the test in this fan-approved reality whirlwind hosted by Nick and Vanessa Lachey.

Cici -A family migrates to the city after a tragic loss. When they reunite in their hometown 30 years later, buried emotions and painful secrets resurface.

Romantic Killer -Living her best single life, romance is the last thing on Anzu’s mind — until a tiny match-making wizard suddenly turns her life into a clichéd romcom. I AM A STALKER -Netflix Documentary.

From the producers behind “I Am A Killer,” this true-crime docuseries is told from the perspectives of stalkers and survivors. Bad Guys: Season 1.

A detective returns from suspension and pulls together an unorthodox special investigation team in order to capture a serial killer. Blackout: After waking up in a Mexican hospital with no memory, a man finds himself a cartel target and must fight to uncover the truth — fast.