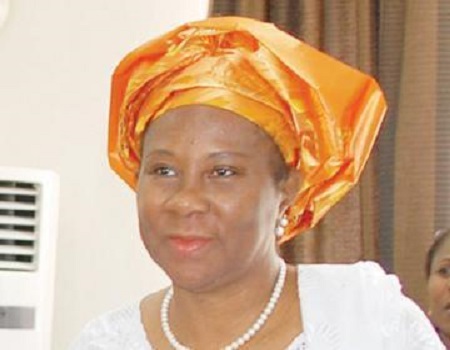 The former Minister of Women Affairs, Mrs Josephine Anenih has called for proactive measures to check increasing cases of Alzheimer diseases in the country.

Mrs Anenih who is the Chairman, Alzheimer Disease Foundation, called for sustained efforts to reduce the effects of the disease.

The former Minister, who was speaking with journalists in Awka, the Anambra state capital on Friday on the dangerous effect of the disease, said an increased awareness will help create necessary attention on the disease and drive for more policy direction towards its reduction in the society.

Alzheimer’s disease, AD, is a chronic neurodegenerative disease that usually starts slowly and gradually worsens over time, causing about sixty to seventy per cent of cases of dementia, and the most common early symptom is difficulty in remembering recent events.

ALSO READ: Nigeria more divided ever than before — Okunnu

Anenih said Alzheimer’s Disease Foundation is a non-governmental, non-political and charitable organization working to alleviate the impact of AD in Nigeria communities, by providing enhanced care and support to the affected individuals as well as reduce the risk of developing dementia through health and lifestyle education.

She reiterated that Alzheimer’s disease has no current cure, but treatment for symptoms are available, noting that dementia mostly affects people above sixty years of age.

She noted that one’s lifestyle may lead to dementia; lifestyles like intake of alcoholic drinks, drugs and others, and advised people to always interact with others, be spiritually alert, reduce sugar intake, alcoholic drinks and drugs intake.

She recommended regular exercise and maintenance of a happy mood as some ways to combat the escalation of the disease in the country.

Nigeria more divided ever than before — Okunnu