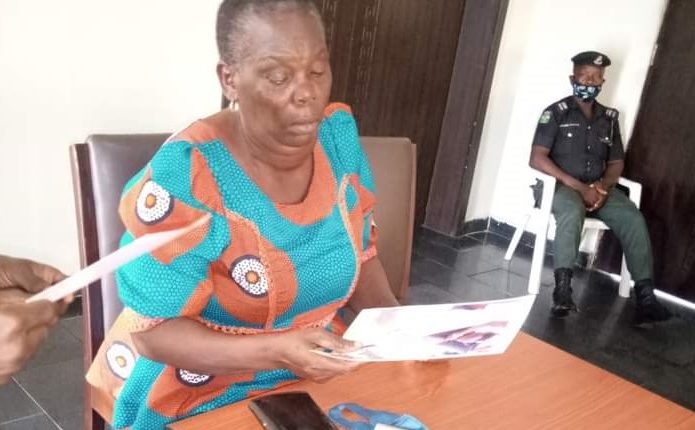 The Bayelsa State Judicial Panel of Inquiry on Police Brutality and Extra-judicial killings has been told how policemen killed one Mr Eze Amadi while the non-academic staff of the Niger Delta University (NDU), Amassoma were protesting against their alleged unlawful sack from work in May 2018.

Mrs Felagha Ayibakuro, the mother of the deceased and leader of the protest, petitioned the panel alleging that a team of policemen deployed from Yenagoa on arriving at the venue of the protest in Amassoma, opened fire on the protesters killing her son and one Mr Jacob.

Under cross-examination, Mrs Felagha recounted that her son who is a final year student of Fine and Applied Arts in the same University was trying to help Jacob who had been shot before he was shot and killed as well.

She said “I am a farmer and one time head of cleaners in PostGraduate Diploma office of the NDU. So on 22 May 2018, I led my colleagues, mostly women, protest our unlawful removal from work. I ensured all the women were in front and men at the back while we embarked on the peaceful demonstration.

“We matched from the NDU old campus to lecturers lodge and on our way back from the lecturers’ lodge to NDU old campus gate, a team of policemen suspected to be SARS drove past us and turned around facing us then opened fire on us. In the commotion, I fell and saw my son running to rescue Jacob who had been shot when he was also shot.

“Not too long after I lost consciousness. By the time I woke up, I was told that my son was rushed to a native doctor treats gunshot injuries in Toru-Ebeni where he died and later deposited at the Niger Delta University Teaching Hospital morgue in Okolobiri.”

When asked what she wants the panel headed by retired Justice Emmanuel Ogola to do for her, she said “I want this panel to direct the state government to reinstate my employment and that of other workers that were unjustly sacked and for the police to pay compensation to my family for the extra-judicial killing of my son.”