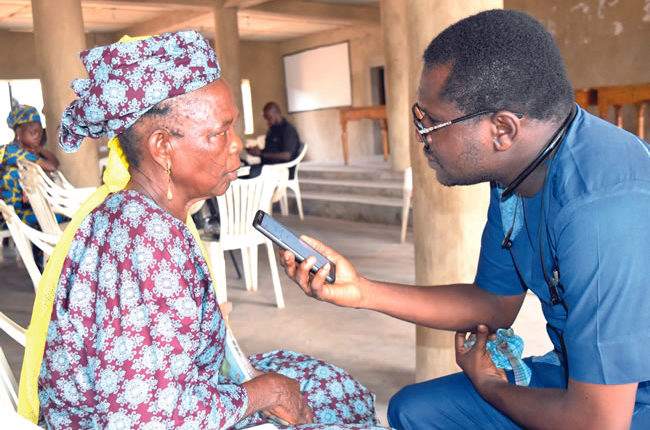 KEHINDE OYETIMI, in this diary, reports his trip to Ibarapa two weeks ago, following reported killings and losses aftermath clashes between farmers and herdsmen.

For any first-time caller at Eruwa, gateway into the sub-region of Oyo State’s Ibarapa, nothing sinister betrays the fascinating solitude that stretches through it. Eruwa, Igboora, Ayete, Idere, Lanlate, Igangan, and Tapa make up the famous sobriquet of Ibarapa Mejeeje (the seven principal towns of Ibarapa). As one drives through this corridor of vegetative splendor, the mountainous finery drapes the vast greenery which makes Ibarapa the delight of every tourist, farmer, herder, and journalist. To sum it: Ibarapa is nature at its finest. Its Yoruba farmer indigenes and Fulani/Bororo herder settlers have become major beneficiaries of such lush flora.

Yet, quietly cocooned within such scenic vitality is an ongoing bloody battle for agrarian land between migratory herders and aboriginal farmers. For a while now, Ibarapa lost its sizzling aura after it was enmeshed in debilitating atrocities which undermined its humanity. Rape, kidnapping for ransom, destruction of large farmlands, arson, cold-blooded murder, distrust and fear became the seven ruinous labels of Ibarapa. Such morbid mutation has caught both foreign and local attention; the last being the pitiless murder of Dr. Fatai Aborode, an Igangan indigene who had come to invest so much in mechanised farming. It was, therefore, impossible to ignore a visit to Ibarapa, the sore thumb of a once peaceful Oyo State.

On Wednesday, the third day in February, 2021, I made for Ibarapa alongside two other colleagues: Nurudeen Alimi, the sorehead of the newsroom and Olawale Olaniyan, Nigerian Tribune’s ebullient photojournalist and TV technical officer, affectionately nicknamed ‘Lampard.

Despite the tapestry of security threats which Ibarapa had famously woven in recent times, there was little in terms of state security presence as we journeyed. At a road block mounted by operatives of the Nigeria Police, it was a disturbing scene. While one of the three policemen chatted with the occupants of a vehicle that was in front of ours, the other two officers simply walked around. After parting with a few visible naira notes, the driver was asked to drive off into the hazy harmattan morning. We were not checked; we also drove off.  The stretch of road was eerily quiet.

Our first stop was Igboora, where we met a trauma-ridden group of farmers. They were glad the Nigerian Tribune had sent a delegation of reporters to share in their agony and inform the larger society of their grief. There was fear in the air. “We heard of the misfortunes that you and many others have suffered. We are here now. Tell us what really happened,” I told the leader of the Ibarapa farmers’ association, Daniel Sunday Orisabukola. His response had a tormenting tone of finality. “You and your colleagues are not safe here. The moment you entered into this terrain, you forfeited your right and claim to safety. I am sure that the moment you drove into Igboora and stopped over here to talk to us, there are informants within the community who would have informed those killer herdsmen that some people are discussing with the farmers. That is the situation here. The roads into our communities are not safe; everyone here is a potential kidnap victim.

“Many of our women are scared to go into their farms for fear of being raped to death. We have lost so much to these herdsmen and their cattle. They find pasture on our farms and, in doing so, destroy many acres of crops. They come in lorry loads from the North to our place here in Ibarapa. The moment they get here, they start building makeshift houses. When we confront them, they tell us that they are Nigerians and that nothing can be done to push them away. We tell them that it is impossible to settle on people’s farmlands. They do not listen. After this, they start grazing their cattle.They have killed many of us; many others have been maimed. We can’t farm.

“Sadly, these herders also cultivate farmlands here in our domain. It will amaze you to know that while these Fulani and Bororo herders convert our farmlands to grazing planes, their own cultivated farmlands are not affected. Where is that done? We are tired; they should leave our land.” They spoke one after the other; they were unambiguous in their submission, yet there was palpable fear in their voices.

After the perplexing counsel of fleeing for dear lives that we were offered by the farmer indigenes of Igboora, we headed straight for Igangan. They had come from various parts of the larger Ibarapa commune. News of the Nigerian Tribune’s fact-finding visit had gained much traction within the various settlements that it was difficult to speak to all those who had come. They looked weary and trapped. With wrinkled faces and a distressed mien which was easy to decipher, the residents managed a pretentious smile. As they massed together, their greatest fear was not contracting the coronavirus—they were apparently oblivious of such risk—it was losing their lives and arable lands with which they shared such emotional affinity both in economic and cultural sense.

As reporters, we maintained physical distance, but such was not the case for Ibarapa residents and farmers. For long, they had cried together, mourning the murder of loved ones, the rape of their wives and daughters, the steady forfeiture of their ancestral lands and the dwindling economic and social relevance which they once enjoyed.

In pain, 60-year-old Mama Ronke Adebisi told me of the dire straits in which she found herself.  “I am a trader and a farmer. I have been in this business for 40 years,” she stated. “Sadly, our lives are under threat. On many occasions, my farm got destroyed by cows. When I challenged some of the herders, they brandished swords and I ran for my life. Today, we cannot visit our farmlands. We have no other business that we engage in here. We are farmers. Many of us have been wounded. They neither pity the old nor young.

“Last year, we visited one of the banks where our farmers’ association was given loan. This loan was shared among members and we invested all of it on our farms. As we speak, all the farmlands have been destroyed by the herdsmen and their cows. We have nothing to fall back on. We planted tomatoes, cassava, yam, and others. All have been destroyed. I am ill. My blood pressure has spiked. What do we do? What do we tell the bank? We cannot continue to live like this!”

While she suffered financial loss, 48-year-old Salau Wasiu almost died after he was hacked while protesting the destruction of his farm.71-year-old C.K. Adeseun, looking sickly and in need of medical attention, found his way to me. “I was bedridden for seven years,” he started. “After my recovery, I started farming but they destroyed everything. There is no peace in our land. We don’t want them any longer. They should leave. We have no industries in Ibarapa, and so we took to farming, both at small and large scale. This is how we fend for ourselves.”

Adeseun paused briefly, and continued: “How do you expect us to keep quiet and watch these people destroy us completely and do nothing?”

Too gory to take a second look

The residents came with pictorial evidence of their loved ones who were either hacked to death or permanently maimed by their attackers. The pictures were graphic; I was too horrified to take a second look or touch any of them. No human diction could describe the horror frozen in history within those images. Some of the victims were dismembered. The innocence of the children that were killed was not enough to grant them escape; they were hewn before they started budding. My heartbeat skipped a few times. The horror was inconceivable. How did we get here? I asked myself repeatedly. What route did we travel? While my thoughts clashed about in my head, the villagers were not done with their lamentations. They were ready to go on and on. But I was too grief-stricken. Yet, I was on duty.

They continued. They praised Sunday Igboho, their rights activist. They were grateful that some of the alleged kidnappers had been driven out of their community after Sunday Igboho had threatened to chase all herdsmen truncating the peace and wellbeing of Ibarapa.

But they told me that another still lurked in the shadows. They called him Wakil.

With a steadied look and hands under his chin, secretary of the farmers’ association, Taiwo Adeagbo, recounted the terror called Wakil. “He has been in a part of the forests here but nobody dares go near his settlement. We call him Wakil. He has no surname. He also migrated here as a herder but he became so powerful that today he is protected by gun-wielding thugs. He is also a beneficiary of kidnapping for ransom. When we pass through his settlement, we hear gunshots which are meant to scare off anybody who dares to come and chase him out. This has been the case since Saliu Seriki was chased out of Igangan. He worked together with Saliu Seriki; they commanded the terror around here. We are still scared. We want him out too. But who will confront him? We need help. Look at how they killed Baba Aborode’s son, Dr. Fatai Aborode. We want a lasting solution to all this,” he said.

As he ended his narrative, he took us to Baba Lasisi Aborode, father to the murdered Dr. Fatai Aborode who was allegedly hacked to death by herders. My interaction with the 79-year-old grieving retiree was too much to take in. The loss of a dear son in such gruesome manner was enough to end such reportorial tour. “Let’s go back to Ibadan,” I told my already exhausted team.