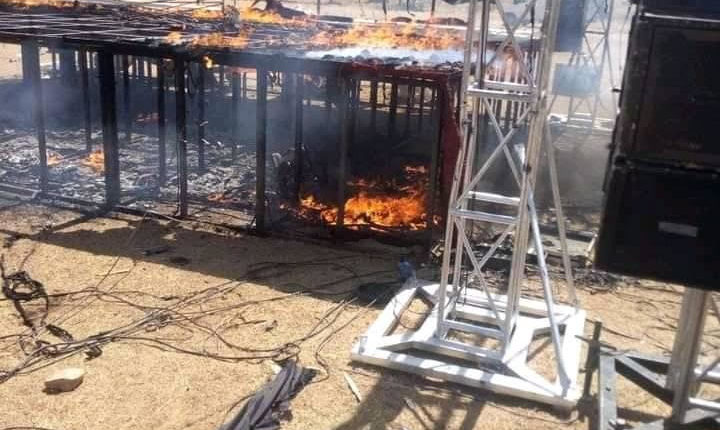 Properties including houses and other valuables worth millions of naira were set ablaze by irate youths in Bogoro during the 21st memorial anniversary of late leader and crusader of the Sayawa nation, Baba Peter Gonto, held in Bogoro on Friday.

The youths also stormed venue of the main event at the Government Day Secondary School, Bogoro, setting the stage and other things used for the programme on fire shortly after the programme ended.

The youths had earlier waylaid the convoys of the Emirs of Bauchi and Dass on the way to Bogoro and damaged the official car of the Emir of Dass as well as other cars on the convoys, forcing them to make a U-turn back to their domains.

Consequently, Bauchi State governor, Bala Mohammed Abdulkadir, who was expected to be the Special Guest of Honour at the event, did not attend. 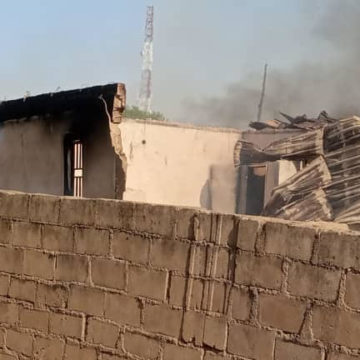 It was gathered that the protest was due to alleged refusal by the main organisers of the event to include some prominent sons and daughters of the area in the planning and final execution of the programme.

It will be recalled that a letter reportedly written to the Inspector General of Police, Usman Baba, by the former Speaker of the House of Representatives, Yakubu Dogara, alerting of a possible breach of peace in the area should the event be allowed hold was circulated in the social media.

Dogara, who is currently the member representing Bogoro/Dass/Tafawa Balewa Federal Constituency in the House of Representatives, had requested that the organisers be made to sign an undertaking that should anything happen, they should be held responsible.

When contacted for official reaction to the situation, Bauchi State Police Command could not give immediate comment as the Commissioner of Police, Umar Mamman Sanda, said that “our personnel are still on the ground gathering more information, very soon, the command will come out with a definite statement.”

Meanwhile, the concert preceding the event was held on Thursday at the COCIN Church in Mwari village of the late Baba Peter Gonto featuring popular gospel artists led by Panam Percy Paul.

In his homily, Rev Balewa eulogised the late Baba Gonto, describing him as an epitome of humanity, peace, unity and courage who lived his life for the service of humanity saying that the virtues should be emulated by all.

395 workers died from illnesses, accidents in Jigawa in 2021, says govt