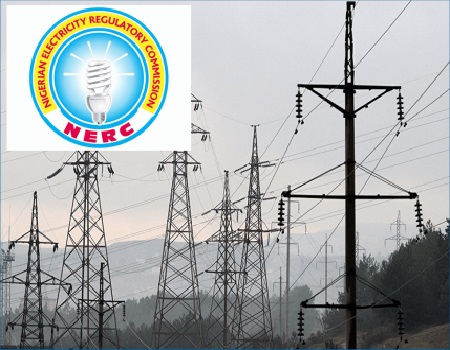 The Nigerian Electricity Regulatory Commission (NERC) has said that the Eligible Customer Regulations (ECR) issued by the Commission in 2018 has not been suspended.

The commission made this known in a statement signed by its General Manager, Public Affairs Department, Usman Abba Arabi on Saturday.

The clarification came on the heels of what it described as “news articles trending on both the electronic and print media” that the commission has suspended ECR and directed the Transmission Company of Nigeria Plc (TCN) to disconnect certain customers as a consequence of the suspension of the said regulations.

“The Commission wishes to state that the Eligible Customer Regulations (ECR) has not been suspended and at no time has the Commission issued a directive for discontinuation of service to any customer. The ECR was developed and approved by the Commission, pursuant to a declaration made by the Honourable Ministry of Power as provided under section 27 of the Electric Power Sector Reform Act (EPSRA).

“The regulations provide for conditions for the grant of eligibility status by the Commission. The Commission further issued the guidelines for filing for competitive transition charge (CTC) to account for the loss of revenue by DisCos in compliance with section 28 of the Act. In this regard, electricity consumers across the country that comply with the provisions of the Eligible Customer Regulations may avail themselves of the bilateral contracting opportunities presented by the intent of the provisions in the EPSRA and the ECR”, the statement read in part.

The Commission further explained that its letter to the Market Operator was misunderstood and referred to as a directive for discontinuation of supply to certain customers, clarifying that it “was a straightforward directive of the industry regulator restraining the TCN from recognising unauthorised eligible customer transactions in the market settlement statement without the prior approval of the Commission.

“The Commission further directed all unauthorised EC transactions to revert to billing by the distribution companies (DisCos) operating in the franchise area where the customers are located but without disruption in supply until the customer is conferred with eligibility status pursuant to the requirement of the ECR.

“It is important to note that whereas the majority of these customers pursuing EC status have always been served through 132kV transmission lines, the billing of the customers resides with the distribution companies (DisCos) unless a customer elects to purchase energy under the framework of the ECR.”