• We never raise such allegation ― ASUP 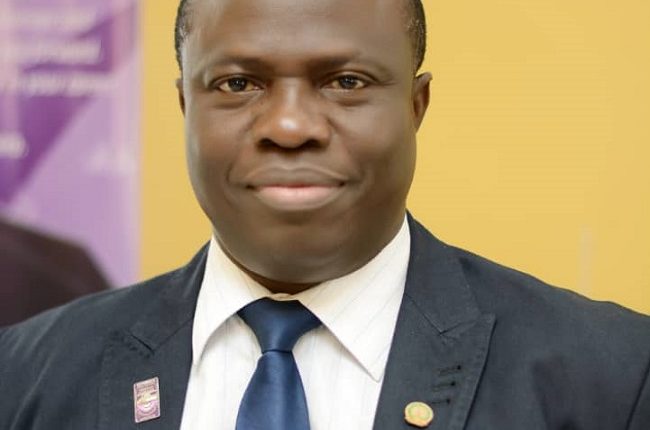 The Rector of the Federal Polytechnic, Ado-Ekiti, Dr Hephzibah Oladebeye, has described as false and malicious the report of his involvement in a N1 billion Bitcoin investment.

The Rector spoke in Ado-Ekiti, on Thursday, while reacting to the demonstration embarked upon by members of the institution’s Academic Staff Union of Polytechnics (ASUP), on Tuesday, over non-payment of Part-time claims (Pt claims)

The ASUP Chairman, Dr Olabisi Olasehinde, had informed Tribune Online that the lecturers embarked on the peaceful demonstration and disruption of students examination over the management’s inability to pay their outstanding entitlements.

He denied reports that the union accused the Rector of investment money in the popular cryptocurrency platform Bitcoin, saying, “I don’t know where that is coming from, it was not part of the issues we raised during the protest.”

Oladebeye while speaking, on Thursday, said that the agitations of ASUP were being addressed by the management, adding that the delay in the payment of their entitlements which caused the demonstration had been resolved.

Condemning the protest, the Rector said: “Article 23.1 of the civil service rule that guides ASUP stipulated that before academic staff can proceed on a protest, they must declare an industrial dispute and gives the management 21 days ultimatum, followed by another seven days.

“Protesting when such provision was not followed was gross misconduct according to civil service rule. I knew they were out to disparage my person because that was not a protest, but hooliganism in closing down the school gate.

“Now, the executive of ASUP have received alerts of their Pt claims and other lecturers taking part-time lecturing, they must give peace a chance and allow the examinations to continue.

” I don’t know anything about Bitcoin, it is not even possible with the TSA and IPPIS of the Federal Government. Nobody can have access to the polytechnic money.”

Meanwhile, the Alumni of the Polytechnic has appealed to ASUP to cooperate with the Rector to develop the institution, saying resorting to blackmail over an issue that could be resolved amicably would affect the school rating.

The National President, Alumni Association, Mr Abiodun Oyedokun, said the Rector has done excellently well in the areas of staff welfare like promotion, loans and payment of allowances.

“The Pt claim is not for our lecturers alone, some of the lecturers were from other schools. ASUP must have pity on the students who are running out of cash and food on campus. We don’t want the public to perceive this institution as unserious, which can affect our ranking.

“We appeal to ASUP to stop creating tension and making this institution to look as if we are in turmoil. We will try our best to mediate and restore stability, but we won’t allow the image of this institution to be soiled by those fighting personal battles,” he said.

On February 27, 2020, Nigeria’s first index case of COVID-19 was confirmed in Lagos. This was the first reported case in Sub-Saharan Africa. An Italian, who had just returned from Milan, Italy on the 25th of February 2020, was confirmed by the Virology Laboratory of the Lagos University Teaching Hospital (LUTH), and managed at the Infectious Disease Hospital (IDH) in Yaba, Lagos…Ekiti poly Rector dismisses report of N1bn Bitcoin investment