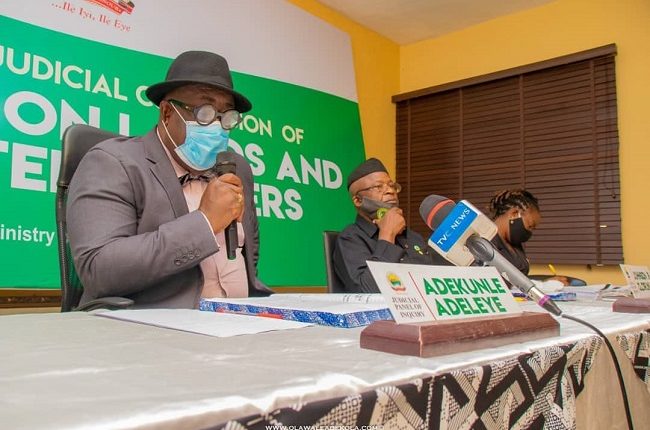 The Ekiti State Judicial Commission of Inquiry on Lands and Related Matter has ordered immediate sealing of the peace corps office in the state over alleged failure to pay rent for four years.

The chairman of the panel, Justice Adekunle Adeleye, at the sitting, on Wednesday, said two out of the three-building located in Oke-Ila area of Ado-Ekiti, the state capital currently being occupied by the corps be closed down.

Justice Adeleye ordered the peace corps to revert to a room apartment and meet with the management of the Housing Corporation to negotiate payment.

He expressed dismay for the inability of the security organisation to do their obligation to the government after four years of creation, adding, “it is also sad that the peace corps failed to comply with the order of the Commission since last Thursday and made no representation at today’s sitting of the Commission.”

The peace corps management during its appearance before the commission admitted that no rent had been paid to the State Housing Corporation from 2016 till date.