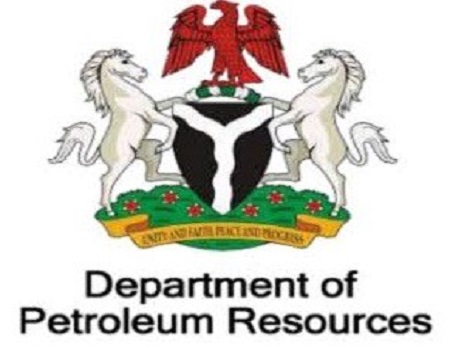 Share
The Department of Petroleum Resources (DPR), Abeokuta Field Office, in Ogun State, on Wednesday, sealed off a gas outlet operating illegally in Magboro area of Ogun State. Three workers of the station (name withheld) were equally arrested.
The Operations Controller of DPR, Muinat  Bello-Zagi, while briefing newsmen during a surveillance tour, said the gas plant which had been sealed on previous occasions had refused to comply with the DPR’s standard procedure.
She said “This gas plant in Magboro has been sealed for operating illegally. We have sealed this particular gas plant before. It is not the first time we have discovered this place. The first time we discovered this place, we served a notice and sealed the place.  We invited the owners to a meeting in our office and explained to them that we want everyone in the business of oil and gas to operate under the guidelines and law.
“We implored him to look for another location. On another occasion, we came around and it was still operational. We had to get a padlock to seal the place. However, to our surprise, today, the owner did not break our padlock but decided to make another entrance that was not there before and that’s why we sealed the place once again and were going to prosecute him.

“Sometimes ago, we said anybody that is operating any illegal plant in Ogun State, once we get hold of them, we are going to prosecute them. The law says for you to set up a gas plant, it has to be at least 50 meters away from a public place. This particular place is very close to gas pipelines and doesn’t have any of our approval.
“This place is even too small to establish a gas plant. We have been here thrice and the owner keeps doing what he’s doing. We have made three arrests and we are going to prosecute them for operating the illegal Gas plant.”
Meanwhile,  Bello-Zagi in her remarks at the annual general meeting of the Independent Petroleum Marketers Association of Nigerian (IPMAN),  Mosinmi Branch, reiterated the need for marketers to comply with set regulations to be able to mitigate any issue arising from their activities.
She urged them to renew their licenses as at when due, saying, “we want to ensure that anybody that wants to go into oil and gas installation in Ogun State goes there safely and returns safely, we are trying to enforce safety.”
The vice-chairman, IPMAN, Mosinmi branch, Fatai Adebayo decried multiple taxations on the part of the government.
“We pay personal income tax as well as Federal Inland Revenue tax. We want the government to help us restrict the tax to either of the two.
“We want the government to be lenient with us in the area of taxation. We want the government to look for a way to harmonize both for our sake and ease of doing business,” he added.