Entertainment
By Tribune Online On Aug 22, 2019 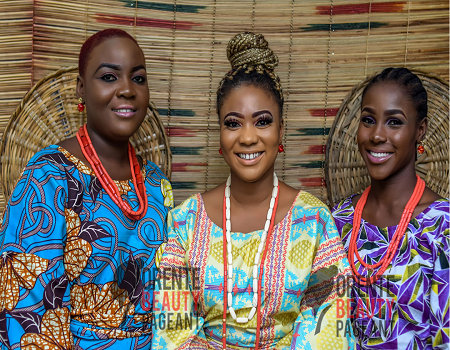 The organisers of the Yoruba beauty pageant tagged: `Miss Orente’, say that 35 contestants have been selected to take part in the maiden edition scheduled for Sept. 1 in Lagos.

The cultural beauty pageant is meant to re- awaken the nation’s cultural consciousness among youths.

The Operations Director, Oluwatoyin Olaoye, made this known to the News Agency of Nigeria (NAN) on Thursday in Lagos.

Olaoye said that the 35 contestants were selected from among 200 contestants after their auditions in Ile Ife in Osun and Lagos respectively.

He said that the grand finale of the contest would hold at Oriental Hotel in Lekki, Lagos.

“It is to bring back into people’s memories the beautiful Yoruba traditional attires, mixed with the touch and glint of modern fashion styles.’’

According to him, the contest is opened to all Nigerians who understand and appreciate the Yoruba culture.

” Orente’ Beauty Pageant is one of a kind that is rich in culture and a wake-up call to all who have neglected their ever-rich African roots. It is to save it from extinction.

“We must have love and passion for the promotion of Yoruba beauty, fashion and culture to the world.

“The pageant will bring out the embedded features and beauty of Yoruba tradition through beautifully organised catwalk on a runway.

“It is also to promote and show the leadership, integrity, character and confidence in today’s young girls in the country,” he said.

Olaoye listed some of the criteria used in selecting those that would be contesting in the grand finale.

He said that any aspiring contestant was expected to have a minimum of Senior Secondary School Certificate, be between 18 years and 28 years.

He said that each contestant was were expected to be of 5ft 2 inch minimum in  height, possesses good body shape and be of sound health.

Olaoye said, “others are that you must have good moral status, no trace of criminal record, single, with no body tattoos or extra piercings.’’

NAN reports that the Yoruba ethnic group is one of the most popular ethnic groups in West Africa.

They are predominantly found in Southwestern and North-Central regions of Nigeria and in some parts of the Republic of Benin and Togo.