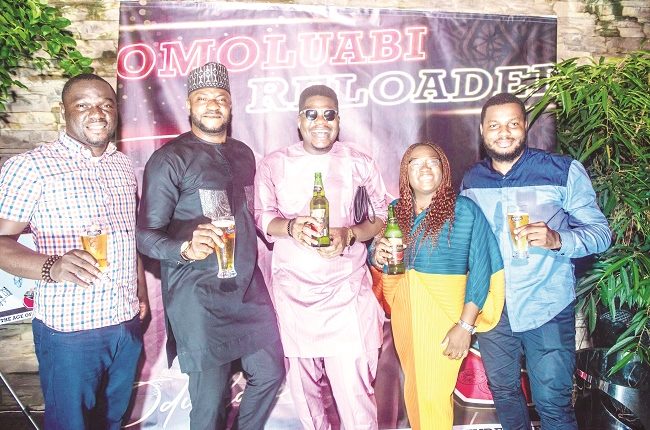 The signing, which took place at an exclusive event in Lagos recently, is a multi-year deal that will see Adekola continue in his current role of projecting the brand as a chief promoter of the culture and history of the people of the South-Western region where it is a dominating beer brand.

Held on Thursday, July 15, Adekola expressed gratitude for the deal renewal. Overwhelmed by the love and support from his friends, colleagues, and the Goldberg team, Adekola revealed that he was delighted to hop back on the ambassadorial train to work in alignment with Nigeria breweries.

He said, “Getting another opportunity to work with Goldberg Lager beer in telling the extraordinary story of Nigerians from the South-West is a fulfilling role. It feels like being part of something bigger. It feels like being part of something that will outlive us all. I have been given another shot at not only experiencing this process unfold but also to be part of it in more ways than that will engage beer lovers.”

On the other hand, DJ Kaywise revealed that he has had a good working relationship with Adekola.

“Adekola is like a big brother to me, and that’s the reason I came out to celebrate him. Working with him on various projects, and he reflects the epitome of hard work and dedication. He truly deserves this renewed deal. He has earned it.”

The special evening marking the momentous event saw guests treated to the premium taste of the golden effervescent Goldberg Lager. Pairing perfectly, they were treated to an array of finger foods and popular Nigerian music albeit observing COVID-19 health guidelines.

According to the senior brand manager, Goldberg, Olaoluwa Babalola, the Goldberg brand extended the ambassadorial deal because of the pivotal role Adekola played in recent years. In his words, “If the formula works, use it again. I am sure that Adekola will work in tandem with the set goals of Goldberg Lager Beer: serving an experience through culture, history, and the best of beer brews.”

In spite of the huge investment in the water sector by the government and international organisations, water scarcity has grown to become a perennial nightmare for residents of Abeokuta, the Ogun State capital. This report x-rays the lives and experiences of residents in getting clean, potable and affordable water amidst the surge of COVID-19 cases in the state…Mr Macaroni support Odunlade  Mr Macaroni support Odunlade

Album Review: Olamide journeys round the globe with ‘UY Scuti’ whilst maintaining his street decent