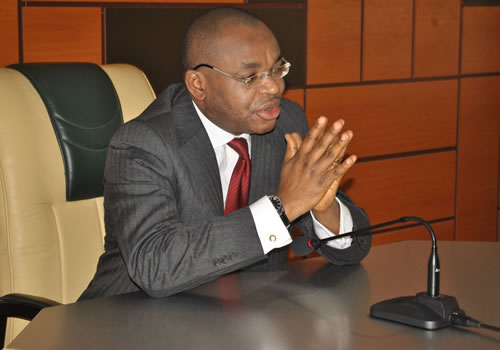 Akwa Ibom State Governor Udom Emmanuel at the weekend declared that Nigeria democracy cannot be strong with a weak economy, even as he stated that he has used minimum resources to achieve maximum result in his state.

Gov Udom, who has just won the Leadership Governor of the Year Award said the nation’s democracy can only be strong if the economy is strong.

He pointed out that those in leadership were voted for by their people for a reason and that they were not given the mandate for affluence.

He added: “So, I call on Nigerians to know that our democracy will only be strong if our economy is strong. So we need to have a clear paradigm shift and concentrate more on policies that will move us forward and not politics that will draw us backward.

“Nigerian leaders must be men that are more than what they are seen to be, because that is the message of leadership.”

The governor’s free and compulsory education policy, free healthcare service for pregnant women, children from 0-5 years and the aged as well as the numerous welfare packages for the people, including the less privileged people living with disabilities and victims of natural disasters, also demonstrated his accomplishments within the first year in office.

Democracy Day: We must join hands to build the future we want ― Sanwo-Olu