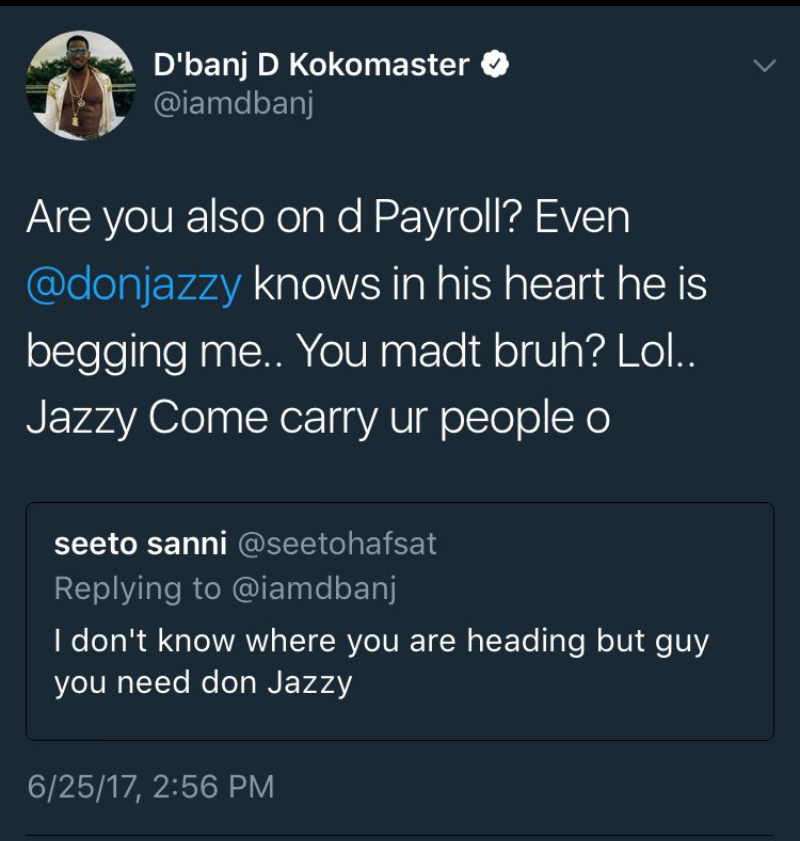 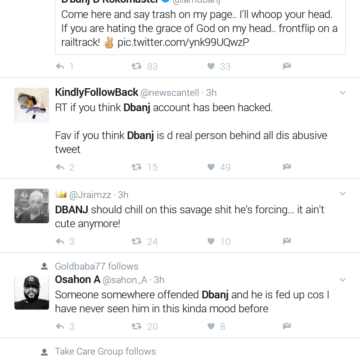 The thin line between love and hate for entertainer, Dbanj, was overstretched after savage response to fan who said he needs Don Jazzy backfired.
Clapping back at Internet trolls by celebrities has been the new misnomer, but the Dbanj seems to have ‘overkilled’ it this time when he tried justifying his musical success by saying Mavins Record CEO, Don Jazzy, is begging him in his heart.
Fans have bombarded the social media calling him out for that statement some described as one too far.